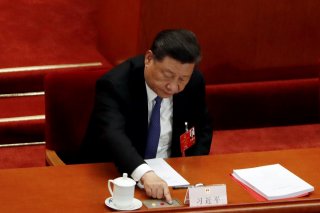 Great Britain, Australia, and Canada issued a joint statement with the United States on Thursday condemning the Chinese government’s latest move to limit Hong Kong’s autonomy, as the British government offered a pathway to citizenship for some Hong Kong residents.

Hong Kong was a British colony for most of the 19th and 20th century, but Britain agreed to return it to Chinese control in 1997 as long as the city could maintain its own system of government—an agreement known as the One Country, Two Systems framework.

But the Chinese central government in Beijing is now imposing a national security law that would allow it to crack down on unrest in Hong Kong, after months of protests calling for increased autonomy and democratic reforms for the city.

“China’s decision to impose a new national security law on Hong Kong lies in direct conflict with its international obligations under the principles of the legally-binding, UN-registered Sino-British Joint Declaration,” the statement claims, referring to the treaty sealing the 1997 handover. “The proposed law would undermine the One Country, Two Systems framework. It also raises the prospect of prosecution in Hong Kong for political crimes, and undermines existing commitments to protect the rights of Hong Kong people.”

“Rebuilding trust across Hong Kong society by allowing the people of Hong Kong to enjoy the rights and freedoms they were promised can be the only way back from the tensions and unrest that the territory has seen over the last year,” the statement continues.

These special passports offer older Hong Kong residents visa-free travel to the United Kingdom for up to six months at a time. Raab said in a video message that his government would extend the time period to one year, providing a path to full British citizenship.

The British government offered BNO passports to about 3 million Hong Kong residents just before the 1997 handover. There were 169,653 active BNO passports by the end of 2018.

The United States has taken the lead in responding to China’s actions in Hong Kong, as the autonomous city becomes a political football in the U.S.-China great power competition.

U.S. Secretary of State Mike Pompeo invoked the Hong Kong Policy Act on Wednesday, declaring that Hong Kong no longer has “a high degree of autonomy” from China.

“[I]t is utterly imperious, unreasonable and shameless for some in the US to stigmatize and demonize China's just and legitimate measures to plug the loopholes in national security, and even threaten with sanctions based on their domestic law, while they go all out to reinforce their own national security legal system at all times,” the foreign ministry's spokesperson wrote. “By openly interfering in Hong Kong affairs, which are purely China's internal affairs, and trampling international law and basic norms governing international relations, they have laid bare their double standards and gangster logic.”

Assistant Secretary of State David R. Stilwell disagreed, telling reporters on Wednesday night that the People’s Republic of China is the side responsible for “changing the status quo.”

“The PRC, I think, has tried to paint this as, ‘they would respect the economic freedom in Hong Kong without feeling obligated to respect political freedom.’ You can’t have one without the other,” Stilwell said.