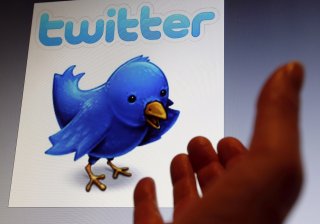 The Southeast Florida Fusion Center, a clearinghouse for law enforcement and homeland security officials in the Miami-Dade region, was worried about such violence after U.S. forces killed Iran’s Maj. Gen. Qassim Suleimani in January.

Its assessment was leaked as part of BlueLeaks, a trove of law enforcement documents obtained by the hacker collective Anonymous and published on a website called Distributed Denial of Secrets.

“[D]ue to this recent event that occurred in Iraq, individuals have taken to Twitter posting derogatory remarks toward South Florida, the State of Florida, along with President Donald J. Trump’s visit to his residence in Palm Beach, Mar-a-Lago,” officials at the Fusion Center wrote on January 3, hours after Suleimani’s death. “We assess that due to the posts shared via social media, it could potentially incite extremists to act.”

The officials, however, noted that there had been “no information to indicate credible threats” and “no discovered threats to the South Florida region.”

Fusion centers across the country wrote notices in the days after Suleimani’s death, warning of the increased risk of Iranian-backed terrorism as revenge for the assassination.

Iran eventually did retaliate—with a January 7 ballistic missile strike against a U.S. airbase in western Iraq that injured over a hundred U.S. troops. Iranian-backed militias have since clashed with U.S. forces several times.

The Department of Homeland Security continued to warn of terrorist threats to the homeland, issuing a bulletin through its National Terrorism Advisory System on January 18.

“Iran likely views terrorism as an option to deter or retaliate against its perceived adversaries. At this time, we have no information indicating a specific, credible threat to the Homeland; however, we remain concerned about Iran’s potential to carry out cyber attacks,” the bulletin stated.

The social media posts do not seem to have incited pro-Iranian violence as of yet.

Antonio Rojas, a podcast host in New Jersey, had made it into the report for one of his posts: “Hey Iran Cheetos is in Florida we will give you the address you can destroy Florida if u want we hate them too.”

“I guess they was bored,” he responded.