How America Can Stand Up to China Without Sacrificing Economics 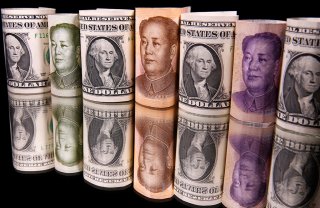 Our relations with China aren’t going well, to say the least. Partially, it’s because of the People's Republic of China (PRC)’s initial handling of the coronavirus pandemic, but now they’ve also criminalized dissent in Hong Kong and their abuse of the Uighur population has come to light.

Obviously, we have to have a correct response to the atrocities committed by the PRC.

However, many proposed solutions are motivated just as much by opposition to trade in general as they are by opposition to the PRC’s human-rights violations. But there’s a reason we’ve relied on trade with China for so long.

The economic connections between the United States and China run deep, yet there are ways to ease America into a place of less dependence on the PRC—without throwing economics to the wind.

At the beginning of the pandemic, shortages in personal protective equipment (PPE) led to a push to “repatriate” the supply chain, first for PPE, and then goods more generally. The argument for supply chain repatriation is based on faulty assumptions that global supply chains are less safe than domestic ones. Bringing supply chains out of China does not, and should not, mean making supply chains fully domestic.

Recent evidence suggests domestic supply chains aren’t actually more resilient than global supply chains. If the United States produces the vast majority of a good it consumes, and the U.S. economy gets disrupted, then that’s a problem. But if the United States produces some of the goods domestically and imports some from several different countries, then the risk is diversified. It’s less likely that a single event (natural disasters, war, or a pandemic) will disrupt all suppliers. And in the case of such an event, it's much more effective to keep emergency stockpiles, as Switzerland does, rather than have an entirely domestic supply chain.

Trade helps Americans, by lowering prices of products for American consumers and inputs for American businesses. In contrast, protectionism costs more American jobs than it saves. Americans have paid the price of the trade war with China, but one of the consequences of the trade war has been a diversion of imports from China to countries like Taiwan and Vietnam. Re-forming the Trans-Pacific Partnership (TPP) would make it easier to lower trade barriers with other Asian countries, enabling more diversion away from China and allowing for the reduction of tariffs on imports from countries like Taiwan to save American consumers some of the higher prices the trade war brought. Abandoning the TPP empowered China in the region, and we should reverse that as soon as possible.

There’s a better way to strengthen America’s productive capacity than trying to bring back specific jobs that have left: making it easier to invest in America, starting with the tax code. Under current law, companies have to deduct investments in commercial and residential structures over thirty-nine and 27.5 years, respectively. The 2017 tax cuts allowed companies to deduct investments in machinery and equipment immediately, but those provisions are scheduled to phase out in two years. This is a problem because future deductions are less valuable than present ones thanks to inflation and the time value of money.

Not allowing companies to deduct the full value of spending on these purchases raises the cost of projects, like a new factory or better equipment. That’s bad for workers, as a decline in investment means slower productivity growth and therefore slower wage growth. It also creates a bias against capital-intensive industries like manufacturing.

When the United States allowed companies to deduct investment faster, investment, productivity, and wages rose. China understands this. In the mid-2000s, they enacted a reform roughly equivalent to allowing a full write-off of an investment in the year that it’s made, and firms that benefited from this provision increased investment by 38.4 percent and productivity by 8.9 percent. America shouldn’t be left behind because of poor tax policy.

Beyond making the private sector more fair to investment, we should also consider improving how the federal government handles research and development. It makes sense to provide funding for scientific research, as innovation provides large spillover benefits to the country as a whole. Not only has the share of the federal budget’s funding devoted to scientific research declined, its approach to grantmaking is also flawed: A paper in Research Policy concluded that grants favored low-risk, low-reward research, sapping potential for major advancements. Increasing funding and rethinking grantmaking methodology are both economically sound ideas.

There’s a geopolitical aspect here, too. The former chair of Harvard’s chemistry department Charles Lieber was recently indicted for allegedly lying to the Department of Defense about accepting $1.5 million in research grants and over $200,000 a month in salary and living expenses from the Chinese government. As Daniel Teniero of National Review wrote upon Lieber being charged, the appeal of CCP money for American academics is the comparative lack of red tape. Researchers can spend up to 42 percent of their time complying with administrative tasks for American government grants instead of active work. Improving research grant approval processes would be good for both innovation and geopolitical strategy.

This is by no means an exhaustive list of economic policies to counter China, setting aside various forms of diplomatic and political pressure. But sound economic principles should and can help guide policy to combat China’s reach.

Alex Muresianu is a writer for Young Voices, and his work has appeared in National Review Online, The Kansas City Star, and the Orange County Register. Find him on Twitter @ahardtospell.