How China Blew Its Chance to Seduce Taiwan 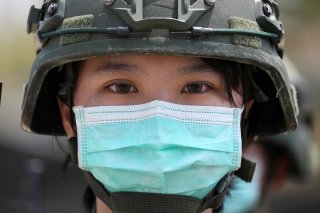 Since the end of China’s civil war on the mainland and the formation of the People’s Republic of China (PRC) in 1949, Chinese leaders have regarded regaining control over Taiwan as a piece of unfinished business. When Richard Nixon made his historic visit to China in 1972 and signed the Shanghai Communique, an informal understanding emerged between Washington and Beijing that while the PRC would continue to seek Taiwan’s unification with the mainland, it would do so through peaceful means. Although it made a few displays of force in the Taiwan Strait (most notably when responding to Taiwan’s first democratic elections in 1995), Beijing generally adhered to that approach until the past few years.

Indeed, the relatively subtle “courting” strategy reached its apogee between 2008 and 2016. During those years, the moderate Kuomintang Party, led by President Ma Ying-jeou, governed Taiwan and sought closer, more cordial, relations with Beijing. The PRC government responded favorably, and the two sides negotiated an array of accords, especially economic agreements, that greatly expanded and improved bilateral ties. Mainland tourists poured onto the island, and cross-strait trade and investment blossomed. Beijing’s strategy was based on the belief that such links would tie Taiwan’s economy so closely to the PRC that risking a disruption merely to preserve the island’s de facto political independence gradually would become much too costly for the Taiwanese to consider. A corollary assumption was that the steady growth of economic relations would condition Taiwan’s population eventually to accept political unification with the mainland.

Beijing’s behavior since 2016, however, has made a shambles of that subtle, incremental strategy. The first blow came when Taiwan’s January 2016 elections produced a decisive victory for the pro-independence Democratic Progressive Party (DPP). Not only did the DPP win the presidency (which it had done previously in 2000 and 2004), but for the first time ever it took control of the island’s legislature. Instead of responding with patience to this setback, PRC leaders reacted with bullying petulance. Beijing snubbed and excoriated Taiwan’s new president, Tsai Ing-wen, and sought to increase Taiwan’s international isolation by excluding Taiwanese representatives from all meaningful international forums and by poaching the handful of countries that still maintained diplomatic relations with Taipei. Worse, the PRC stepped-up its military pressure against the island. Both components of that strategy intensified dramatically when Tsai and the DPP won an outright landslide in the 2020 elections.

Predictably, the proud Taiwanese have not cowered in the face of such pressure. Instead, they have responded with increased military activity, including by sending fighter planes to intercept PRC aircraft that continuously make provocative flights over the Taiwan Strait. Tsai’s government also has solicited greater political and military backing from its protector, the United States, with considerable success.

If Beijing’s coercive behavior toward Taiwan was not enough to undermine its prospects for inducing the Taiwanese government and population to move toward reunification, the policies that Xi Jinping’s regime adopted regarding Hong Kong appear to have put the final nail in the coffin. The PRC’s courtship of Taiwan was based on the rationale of “one country, two systems.” In other words, although Taiwan would become part of a unified China, it would not be ruled from Beijing, but would have extensive autonomy to run its own affairs without interference.

That was supposedly the model established for Hong Kong under the 1997 agreement that transferred sovereignty over that territory from Britain to China. The Taiwanese watched carefully how well Beijing honored its commitment to respect Hong Kong’s autonomy, and increasingly they didn’t like what they saw. Their uneasiness soared in 2020 when the PRC imposed a new national security law on Hong Kong that severely constrained its self-governance. The level of horror has deepened in recent months as numerous Hong Kong democracy activists were arrested and imprisoned. Tsai’s 2020 election campaign emphasized the theme that she would never let Taiwan suffer Hong Kong’s impending fate. Taiwanese voters made it clear that they, too, had no intention of putting their necks in Beijing’s proffered noose.

There is little question that the PRC’s hopes that Taiwan will ultimately agree to reunification have nearly vanished. Chinese leaders have only themselves to blame for that outcome. Their heavy-handed treatment of Taiwan after 2016 alienated moderate Taiwanese and strengthened the appeal of pro-independence factions. Seeing the PRC’s violation of its solemn promises to respect Hong Kong’s autonomy eliminated any lingering appeal that reunification might have had. A 2020 poll found that only 1 percent of respondents favored immediate reunification, and 60 percent opposed “one country, two systems.” Another survey, conducted in July 2020, showed that 67 percent of respondents now regard themselves solely as “Taiwanese,” while only a minuscule 2.4 percent consider themselves “Chinese.” Another 21 percent view themselves as both. As recently as 2007, only 43 percent considered themselves exclusively Taiwanese, while 44 percent saw themselves as both Chinese and Taiwanese. The moderate center has been shrinking markedly.

As prospects for peaceful reunification erode, Beijing is flirting with using force to compel Taiwan to accept reunion. Such a course risks compounding the PRC’s existing errors and producing a tragedy. Conquering Taiwan would not be an easy task, even if the United States did not intervene militarily. And the likelihood that Washington would remain out of such a fight appears to be diminishing. There is strong bipartisan support for Taiwan’s de facto independence, and bilateral security ties have become noticeably more robust in recent years. The Biden administration has gone out of its way to emphasize continued U.S. support, proclaiming that its backing for the island’s security is “rock solid.” Rather than trigger a crisis with possible nuclear implications, China’s leaders would be wise to accept the reality, however bitter, that Taiwan has slipped away from their grasp—primarily because of the PRC’s own arrogance and inflexibility.

Ted Galen Carpenter, a senior fellow in security studies at the Cato Institute and a contributing editor at the National Interest, is the author of 12 books and more than 900 articles on international affairs.