How China Could Test the U.S. Commitment to Taiwan 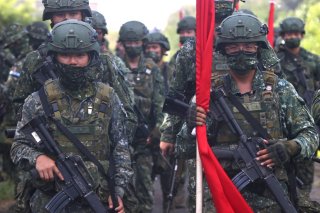 A debate is raging throughout America’s foreign policy community about the extent of any U.S. commitment to defend Taiwan from an attack by the People’s Republic of China (PRC). However, the focus of the debate needs to be broadened. So far, most discussions implicitly assume that a PRC military move would take the form of an offensive against Taiwan itself. Only a few experts raise the question of what the United States would do if Beijing launched a more limited action—one against Kinmen (Quemoy) and Matsu (small Taiwanese-controlled islands just a few miles off of China’s coast) or against other, more distant islands that Taipei claims. Yet that is a much more likely scenario than a full-scale war to subjugate Taiwan. Moreover, it would be a bold, yet relatively low-risk way for Beijing to test the extent and reliability of Washington’s resolve to defend Taiwan.

Contradictory statements coming from the Biden administration have fueled both speculation and uncertainty regarding U.S. Taiwan policy. In just the past month, the president twice made statements in press interviews asserting flatly that the United States has an obligation to come to Taiwan’s defense if a PRC attack occurs. In one case, he even explicitly equated that commitment with U.S. formal treaty obligations to the NATO allies, Japan, and South Korea. On both occasions, though, Biden’s advisers promptly walked back his comments, insisting that U.S. policy had not changed and that the 1979 Taiwan Relations Act (TRA) still governed Washington’s actions. The TRA does not contain any clear defense commitment to Taipei, stating only that the United States would regard an assault on Taiwan as a serious breach of East Asia’s peace. Such contradictory statements raise questions about whether the president and his foreign policy team are even on the same page or whether an internal policy debate is taking place.

It remains uncertain whether the president intended to signal a shift away from the longstanding U.S. policy “strategic ambiguity” to a new policy of “strategic clarity” regarding Washington’s likely response to aggression against Taiwan. Even if Biden had no such intent, however, U.S. policy has been moving in the direction of a firm, explicit commitment to Taiwan’s security for years. An August 2021 survey by the Chicago Council on Global Affairs also found that a majority of Americans now favor concluding a formal military alliance between Washington and Taipei. A rising plurality (46 percent) even endorse using the U.S. military to defend the island, if that step becomes necessary.

However, nearly all discussions on the topic are about the appropriate U.S. reaction to an attack on Taiwan itself, not to an incident involving a PRC offensive against some outlying islands. I emphasized the latter danger in articles published in June 2020 and February 2021, but few other analysts focused on that possibility. Although I mentioned Kinmen and Matsu as possible targets, a decision to attack those islands would revive U.S. Cold War memories from the 1950s when the United States and China nearly came to blows twice. I noted that a more probable target would be the tiny Pratas/Dongsha cluster, nearly 300 miles south and west of Taiwan. Indeed, the overwhelming majority of the growing number of incursions by PRC warplanes into Taiwan’s self-proclaimed Air Defense Identification Zone have taken place in the extreme southwestern portion of that zone—close to Pratas/Dongsha.

Recently, even some portions of America’s sleepy foreign policy blob are beginning to notice the possibility of a limited strike. The hawkish Center for a New American Security published a report on October 26 based on a scenario in which PRC forces invade the Pratas/Dongsha islands, capturing the 500 Taiwanese troops based there and establishing a military outpost. During the CNAS war game, both the U.S. and Taiwanese teams found it difficult to come up with an effective military response, lest that move trigger a full-scale war. Predictably, the lesson CNAS participants took away from the exercise was that Washington must gain a firm commitment from Japan and other allies regarding Taiwan’s defense, as well as strengthen America’s own forces in the region to deter Beijing from even contemplating aggression against the smaller territories.

That is little more than wishful thinking, and it certainly is not a viable strategy in the next year or two. Japan’s political elite clearly is torn about whether to incur the costs and risks of committing to Taiwan’s defense. The response of other regional allies, especially South Korea, is even more uncertain.

PRC leaders have given multiple indications over the past few years that their patience is wearing thin about Taipei’s increasingly blunt rejection of unification with the mainland—and that impatience seems to accurately reflect the attitude of mainland elites generally. Beijing’s displays of military power in the immediate region also have become larger and more frequent. The signs are mounting that Beijing believes that it must do something or watch Taiwan continue to slowly drift away from any prospect of reunification. Seizing Pratas (or perhaps even more remote Taiwanese-claimed islands in the South China Sea) would be a shot across the bow of both Taiwan and the United States to emphasize that the PRC is deadly serious. Yet it would not be a direct attack on Taiwan—a move that would almost certainly trigger a robust U.S. military response.

Xi Jinping and his colleagues would have legitimate reasons to doubt whether the United States would be willing to risk a horribly destructive war with China over small islands that are merely claimed by Taipei. Indeed, the Biden administration would encounter considerable difficulty securing the support of the American people for a war over such meager stakes. Chinese officials very likely understand that point as well. Seizing Pratas/Dongsha would be a bold move, and certainly is not one without risks, but it also would put the onus of any subsequent, dangerous escalation totally on the United States while sending an emphatic message of China’s determination and fraying patience. Washington needs to pay more attention to this scenario before being blindsided by a major crisis.

Ted Galen Carpenter, a senior fellow in defense and foreign policy studies at the Cato Institute and a contributing editor at the National Interest, is the author of twelve books and more than 950 articles on international affairs