Lessons Not Learned: The Israeli Experience in Lebanon (1985-2000) and America’s Forever Wars 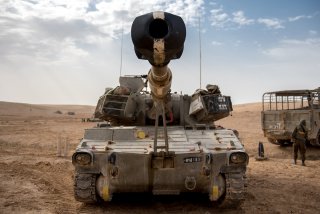 Perhaps no foreign conflict has ever influenced the U.S. military as much as the Yom Kippur War did. Following that conflict’s conclusion in October 1973, delegations of U.S. military officers and analysts travelled to Israel to consult with the Israeli Defense Forces (IDF) about their recent combat experiences. These discussions significantly impacted the U.S. Army and the U.S. Air Force Tactical Air Command’s thinking, especially for influential officers such as Generals William E. DePuy and Donn A. Starry, the first two commanders of the Army’s Training and Doctrine Command (TRADOC). TRADOC’s annual report for 1975 declared that the “war in the Mideast produced startling and stark facts about modern combat,” details that were seen as particularly relevant to a future conflict in which outnumbered NATO forces—surprised by Soviet offensive action—would face forces armed with the same lethal weapons provided to Egypt and Syria. The extrapolation of the lessons learned from the battles in the Sinai and Golan helped spur a reinvention of U.S. doctrine and training that evolved over the next decade to become FM100-5, AirLand Battle, and eventually produced a military triumph in the sands of the Middle East rather than in the Fulda Gap.

Unfortunately, no comparable effort followed Israel’s protracted fight against Hezbollah from 1985–2000, which ended in the IDF’s ignominious withdrawal from southern Lebanon on May 24, 2020, twenty years ago this Sunday. When journalist Matti Friedman published a memoir of his IDF service in Lebanon in 2015, the first in English by an IDF enlisted man, he wrote: “My intention here is not to get bogged down in historical explanation. I would rather suggest the title of a comprehensive history of these years of the Lebanon security zone in the 1990s for those interested in the background. . . . Unfortunately no such history has been written.” Similarly, a U.S. Army officer writing in 2006 notes that “although there is much English-language literature on various aspects of the conflict in Lebanon, much of it relates only to the period 1982–1985.”

This apparent lack of interest in “Israel’s Vietnam” appears tragic when one considers how closely the contours of that conflict foreshadowed the tactical and operational challenges American forces would face in the “Forever Wars” of Afghanistan and Iraq.

In June 1982, Israel launched “Operation Peace for Galilee” to end Palestinian Liberation Organization (PLO) rocket attacks and terrorist incursions into northern Israel by destroying its political and military infrastructure in Lebanon. Invading with 57,000 troops and 1,000 tanks, Israel’s conventional military superiority enabled it to quickly rout PLO and Syrian forces, culminating in the PLO’s expulsion from Lebanon. Initially, Israeli forces were greeted warmly by many Shi’a in southern Lebanon, who hated the PLO. According to one Israeli general: “At the beginning [of] all this [Shi’a] groups and the people . . . welcome[d] us with rice and with flowers” as liberators, and even the leading Shi’a militia Amal tacitly welcomed the invasion.

This initial acceptance, however, soon turned into bitter resentment and a prolonged insurgency. Having destroyed the PLO’s proto-state in southern Lebanon, Israel failed to restore essential services that had been disrupted by the invasion. Israel’s attempts to stabilize Lebanon were overly reliant on mass, non-targeted sweeps and firepower, resulting in the arrests and deaths of many innocent civilians. These tactics bred resentment and the emergence of multiple secular and religious resistance groups. Iran exploited the subsequent turmoil by deploying hundreds of Revolutionary Guards Corps trainers to aid the most radical of these groups, Hezbollah, and brought its leaders back to Iran for more advanced instruction.

The failure to install a Maronite-led government in Beirut, together with Hezbollah’s campaign of suicide bombings and kidnappings, led Israel to pull back into a 328-square mile “Security Zone” on the Lebanon-Israel border in June 1985. With Israel left occupying roughly ten percent of Lebanon, the next fifteen years of low-intensity conflict presaged many aspects of America’s post-9/11 wars.

For example, throughout its insurgency Hezbollah evolved its tactics, progressing from suicide bombers and massed frontal assaults to indirect fire and ambushes. Hezbollah proved to be particularly adept at employing improvised explosive devices (IEDs), which by 1988 had supplanted infiltration attacks as Hezbollah’s primary tactic, and a decade later were the cause of two-thirds of IDF fatalities in southern Lebanon. Although the IDF consistently developed new technological countermeasures, Hezbollah responded with tactical and technical innovations of its own. As Iver Gabrielsen observes:

Hezbollah initially detonated IEDs by command wire, but when IDF troops became proficient in finding the wires, Hezbollah switched to remote radio control and disguised IEDs in fiberglass rocks. The IDF answered by jamming radio signals and troops ‘would literally count rocks in the roadside’. If an extra rock appeared overnight, they would call in the engineers. Hezbollah responded with cell phone detonators, whereby the IDF started to jam cell phones. The last technique employed by Hezbollah was shaped-charged IEDs detonated by infrared laser beams.

Israel, however, faced an uphill battle in winning the local population’s support. Israeli leaders compounded this challenge by making a significant strategic error at the invasion’s outset, overestimating the Maronites’ strength within Lebanon relative to the more numerous Shi’a—an error echoed by American officials in post-Saddam-Iraq, who initially dismissed the importance of tribes upon the advice of their urbane, Iraqi exile advisors. Consequently, when the IDF implemented the “Good Fence” policy to win hearts and minds in southern Lebanon, it was disproportionately aimed at the Christian population rather than the Shi’a. Hezbollah further impeded Israel’s civil assistance programs by assassinating those involved in the distribution of food and medical supplies.

The IDF attempted to draw upon the local population’s familiarity with southern Lebanon’s unique human and physical terrain by creating an indigenous security force, the Southern Lebanon Army (SLA). The SLA was paid for and trained by the IDF, and actually bore most of the operational burden against Hezbollah: the SLA provided 2,000 troops versus the IDF’s 1,000 troops in the security zone; manned forty-two of the fifty interlocking defensive outposts; and suffered at least twice as many casualties as the IDF.

Yet while training and supporting an indigenous security force is standard practice for effective counterinsurgency operations, the IDF’s experience with the SLA also demonstrated many of the inefficiencies associated with reliance on proxy forces. As would be the case later in Afghanistan and Iraq, Hezbollah mounted a sustained intimidation campaign against the SLA, and targeted individual members for assassination. Although the SLA started out as an overwhelmingly Christian militia, by the mid-1990s nearly seventy percent of its rank-and-file were Shi’a simply trying to provide for their families. Possessing little ideological and political motivation, beginning in 1995 SLA defections began to increase, and Hezbollah was able to develop a significant cadre of informers.

Hezbollah itself benefitted from acting as the proxy for states seeking to bleed Israel without provoking retaliation. Hezbollah’s Secretary-General openly boasted about receiving Iranian military support, declaring: “To deny the Iranian aid issued to . . . Hezbollah would be like denying that the sun provides light to the earth.” In the 1990s, U.S. Envoy Dennis Ross believed Hezbollah’s escalations in violence were directed by Hafez Assad to pressure Israel in its negotiations with Syria over the Golan Heights, and Israeli Defense Minister Moshe Arens said Israel was not fighting Hezbollah “but the Syrians. Syria is fighting against Israel by proxy.” This dynamic would repeat itself a decade later, as Iran trained and/or armed anti-U.S. forces in both Afghanistan and Iraq, and Syria facilitated the transit of thousands of foreign fighters into Iraq.

Although Hezbollah likely never possessed more than 500 full-time fighters, with the ability to call on another thousand local combatants, it offset its comparative weakness on the battlefield by emphasizing “the battle of the narrative.” Hezbollah stockpiled weapons in southern Lebanese villages and embedded its fighters amongst the civilian population. The IDF was not as careful then as it is now with regards to precision targeting, and when Israeli retaliatory measures inevitably caused collateral damage, Hezbollah rebuilt and provided humanitarian aid to villages in southern Lebanon, thereby casting the organization as Lebanon’s savior.

Hezbollah also proved effective at conducting information operations globally and against the Israeli home front. Whereas the IDF restricted media access to the battlefield, Hezbollah regularly deployed cameramen on operations. Recent advances in communications technology—satellites, 24-hour cable news, and the Internet—enabled Hezbollah to distribute edited videos of these operations to spread propaganda. Like the Islamic State a generation later, it operated multiple internet sites, provided content in different languages, and tailored content to influence specific target audiences. In 1991 Hezbollah launched its own satellite television network, Al Manar, whose signal reached into Israel and showed viewers vivid images of dead and wounded IDF soldiers. Consequently, even if the operational significance of an event like the temporary overrunning of the IDF outpost of Dabshe in October 1994 was minimal, such events had a disproportionate strategic effect by influencing Israeli morale and popular support for maintaining the security zone. As one Hezbollah official noted, “On the field, we hit one Israeli soldier. But a tape of him crying for help affects thousands of Israelis.” Consequently, according to one United Nations observer, “75 percent of Hezbollah’s war was the videotapes.”