Maximum Pressure, Minimal Success: Why the United States Needs a Reset with Iran 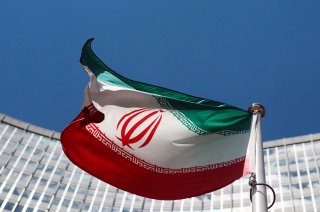 Despite President Trump leaving the White House in January, his Iran policies may be here to stay. The danger lies in the U.S. sanctions campaign known as Maximum Pressure, which the U.S. State Department is rushing to lock in place for the incoming Biden administration. Recently, Iranian president Hasan Rouhani remarked that the United States would have to “make up” for the mistakes of this policy. In other words, the Maximum Pressure strategy undermined rather than improved U.S. leverage. But how did this strategy start and why did it fail?

Maximum Pressure started in 2018 when the United States opted to leave the Iran nuclear deal, and in its place issued an ultimatum known as the “Twelve Demands.” These demands included additional concessions on Iran’s nuclear activities, an end to Iran’s sponsorship of proxies, an end to its ballistic missile program, and a withdrawal of Iranian forces from Syria. The penalty for noncompliance was a campaign of sanctions targeting Iranian trade and financial institutions.

The problem with this strategy is threefold.

First, the Twelve Demands target Iran’s critical security interests. Iran has based its military strategy on proxies and ballistic missiles because it is conventionally weak. While the State Department can suggest that Iran should, “Be like Norway,” the Iranian government has no security guarantee that would make this a reasonable proposition. The Islamic Revolutionary Guard Corps has a deep suspicion of American ambitions against the Islamic Republic regime. As one of the major Iranian power blocs, the IRGC has predominant sway in strategic decision making, which would rule out any chance of capitulating to the Twelve Demands.

Secondly, Iran has adapted to sanctions by leveraging its domestic manufacturing sector and diversifying its economy. Even if U.S. policy aims to stop Iranian missile programs rather than to cause insulin shortages, the results are still the opposite of the intention. Iran circumvents arms restrictions by manufacturing its weapons domestically.

Likewise, Iran is fine with cutting expenses on butter to maintain guns. Despite a raging pandemic and increasingly tight U.S. sanctions, Iran managed to increase spending in its defense budget by $2 billion in 2020. Maximum Pressure doesn’t target the destabilizing activities which its proponents claim, but instead inflicts economic harm directly on the Iranian people and inhibits humanitarian efforts.

Third, while Biden plans a return to diplomacy with Iran, the legal mechanisms currently employed in the sanctions campaign are notable for their permanence. This means any course-correction after November is going to entail bureaucratic hurdles in addition to the credibility costs with Iran.

Rather than going on the backburner in the lead-up to the U.S. election, Maximum Pressure accelerated. Between September and October, the Treasury Department announced sanctions on Iranian banks while the State Department attempted to enforce new arms restrictions on Iran. Outside the government, analysts are coming up with additional means to double down on the sanctions strategy. This is despite the counterproductive results in most of the metrics mentioned in the original Twelve Demands.

The larger problem in this strategy is that Maximum Pressure has not been paired with maximum offramps; rather than using U.S. economic and diplomatic power to facilitate negotiation, the United States is increasingly opting for coercion. The recent decision to sanction the Iranian ambassador is one such proof; diplomacy is viewed as a reward for good behavior rather than a tool to advance U.S. interests. Though proponents of Maximum Pressure consider these moves containment of a malign actor, Maximum Pressure has taken every alternative to war off the table. Is it any surprise that attacks on partners and U.S. personnel are the result?

Sanctions have not achieved results in any of the twelve original demands. What they have done is constrained the ability of the United States to negotiate for the goals that it has and to foment tensions between the United States and Iran. If Americans want to avoid a long sequel to the forever wars of the last two decades, then it’s time for them to acknowledge that Maximum Pressure was a minimal success. Restarting diplomacy will not be an easy process, but escaping the campaign of coercion of the last two years is a crucial first step. The only way to get out of this hole is to stop digging.

Geoff LaMear is a Marcellus Policy Fellow at the John Quincy Adams Society where he researches Iranian proxies.