Military Force Will Not Achieve U.S. Objectives in Venezuela 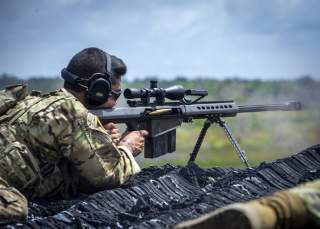 The Trump administration says it is determined to alleviate the plight of the Venezuelan people. And they are suffering. The Hugo Chavez-Nicolas Maduro regime has proved to be a horror show: undemocratic and brutal, ostentatiously destroying the nation’s economy in the name of socialism.

But President Donald Trump cares little for those suffering even more elsewhere. For instance, he backs Saudi Arabia in an aggressive war which has killed tens of thousands of Yemeni civilians. He bestows symbolic hugs on Egypt’s President Abdel Fattah el-Sisi, who slaughtered hundreds of protestors and jailed tens of thousands of critics, demonstrators, and stray Egyptians caught up in ubiquitous dragnets. For the Trump administration, Venezuela is only about politics. Votes in Florida, specifically.

Yet the administration can’t even get the public relations right. A few weeks ago, Secretary of State Mike Pompeo traveled to Venezuela’s neighbor, Colombia, to strike a Reagan-esque pose in calling on the Maduro government to open a bridge into Venezuela to allow entry of humanitarian aid. Alas, few observers saw much comparison to President Ronald Reagan’s memorable trip to Berlin when he urged Soviet leader Mikhail Gorbachev to “Tear down this wall.”

Worse, the administration’s grand architects of regime change have proved to be exquisite blunderers. Their incompetence likely has made Nicolas Maduro’s ouster significantly more difficult to achieve. They could be called the gang that can’t shoot straight, except that they don’t plan to get anywhere near any fighting that occurs. They see their jobs as organizing other people to do the hard work, take the risks, and bear the costs of failure.

A few months ago, the administration triggered the current process, recognizing Juan Guaido as the legitimate president. He had colorable authority, through the National Assembly, of which he is president, but the backing of Washington and fifty-three other governments so far have proved to be worth little more than a cup of coffee in Caracas.

The Trump administration assumed a quick victory. It invited the Venezuelan military to abandon Maduro and side with Guaido. However, Maduro and Chavez before him had transformed the military leadership after an unsuccessful coup attempt against the latter. There were a number of low- to mid-level defectors from the armed services, but not nearly enough to undermine regime control.

Which left the administration fulminating helplessly. It imposed sanctions, to little effect other than to worsen the suffering of the Venezuelan people. The president and his officials blamed everyone else—the Cubans, Russians, and Chinese, as well as Guaido, for misleading them about his support. After lecturing Russia that spheres of influence were no longer acceptable in Europe, the administration insisted that Moscow get out of Venezuela because the latter was within America’s sphere of influence.

Then U.S. officials claimed that Maduro was preparing to flee when the Russians talked him into staying. And Venezuelan officials who promised to oust him reneged. And Cubans pressured potential defectors to stay loyal. And a bunch of other “almost” and “nearly” efforts went the wrong way. So President Maduro remained.

Thus, the threat of military action. Acting Defense Secretary Patrick Shanahan observed that “We have a comprehensive set of options tailored to certain conditions,” whatever that means. Although the betting was that the administration was bluffing—if U.S. military intervention triggered an urban insurgency, the consequences would be bloody, costly, and long-lasting—no one could be sure.

Guaido hinted at support for American military intervention, though he said he would put it to a vote of the National Assembly. In contrast, Secretary Pompeo claimed the U.S. executive had essentially plenary warmaking power. Thus, he claimed, there no need for congressional approval. Those Americans who would do the fighting and dying and their families apparently would have no say in the matter.

The administration’s apparent willingness to use military force exhibits all the mistakes of its current foreign policy.

First, the presumption that America must do something. Venezuela’s national implosion is a tragedy, but it is not Washington’s responsibility. And the impact on the United States is quite small. South American nations have a lot more at stake in Venezuela’s fate. Nothing compels the United States to intervene.

Second, whatever the case for humanitarian intervention to stop genocide, Venezuela is not it. The suffering is great, but much less than in scores of other nations, past and present. Using Chavez/Maduro as the standard for military intervention, the United States should be very busy indeed. There are full-scale wars (Yemen), horrendous civil wars (Syria), stifling dictatorships (Eritrea), totalitarian systems (Saudi Arabia), economic collapse (Zimbabwe), famine (North Korea), and much more to deal with.

Third, military action is regarded as a panacea. Is there a problem seemingly beyond diplomatic, political, and economic resolution? Sent in the bombers! Yet military action is different in kind than other foreign policy tools. Its consequences on all concerned are greater; the potential for mistake and blowback also is greater. War should a last resort, necessary to achieve important if not vital interests, not undertake the international equivalent of social work.

Fourth, there are other more appropriate players. The Venezuelan regime’s disastrous record has united most of its neighbors against it. Do the South Americans have any easy answers? No, of course not. But by now it should be apparent that the Trump administration has no idea what it is doing. Resorting to war would not likely make its attempt at global social engineering any more successful.

Fifth, military plots ignore divisions among the Venezuelan people. Some support U.S. action, but the opposition leadership reportedly remains largely against. An opposition member of the National Assembly worried that a U.S. invasion would “bring more problems than solutions.” Even Guaido has proved ambivalent, shifting back and forth. Most recently he indicated that U.S. personnel would have to be approved by the National Assembly and accompanied by Venezuelan troops, whatever that would mean.

At the grassroots level, some of those hoping for Maduro’s ouster argue that it must be accomplished from within. The Washington Post quoted a law student: “Do more sanctions. Apply more diplomatic pressure. And we thank you for what you’ve done. But do not send your military. That would only spark a civil war and only divide Venezuelans.”

Finally, few U.S. policymakers appear to take such concerns into account and answer the question of “what’s next?” American personnel invade, defeat the Venezuelan military, and begin the process of nation-building. Sounds great. After all, it worked so well in Afghanistan and Iraq. What could possibly go wrong?

Alas, a low-grade urban insurgency is likely, with the possibility of turning into a serious civil war. Guaido is a man of the left, out of sync with both the Trump administration and many of the Chavez/Maduro regime’s harshest critics. The more Washington attempts to engineer its preferred outcome, the greater the opposition is likely to arise within Venezuela and across Latin America.

The implosion of Venezuela is an avoidable tragedy. However, as American policymakers should have learned, military intervention is all too likely to extend and deepen the tragedy. The Trump administration has bungled badly. Military action should be a last resort for vital ends, neither of which are present in Venezuela. President Trump should keep the troops home and implement what President George W. Bush proposed so very long ago: a “humble” foreign policy.

Doug Bandow is a senior fellow at the Cato Institute. A former Special Assistant to President Ronald Reagan, he is author of Foreign Follies: America’s New Global Empire.