New START: Why An Extension Is In America's National Interest 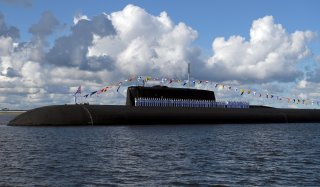 Failing to renew the New START arms control treaty with Russia “is not a wise direction of travel,” said Rose Gottemoeller, a former Deputy Secretary General of NATO who ranked as one of President Barack Obama’s top nuclear security experts.

She knows better than most. Gottemoeller was the chief US negotiator at the Moscow and Geneva talks where details of the treaty were hammered out between 2009 and 2010. Officially ratified a year later, New START limited both the United States and Russia to seven hundred delivery vehicles and just over double that count in total warheads, and was reinforced with a stringent verification process to closely monitor each country’s compliance.

Though intended to last a decade, Gottemoeller and others inserted a clause into New START through which it could be extended for another five years by simple agreement - so long as it comes before the February 5, 2021 expiration date. Already, President Vladimir Putin has signaled that Russia is willing to extend the accord unconditionally. His counterpart in Washington, however, has sent mixed signals, alternating between loose suggestions for a revised treaty and stray demands that China join arms control talks.

This vacillation is putting American interests at risk, explained Gottemoeller in an interview with the nuclear security podcast, Press The Button. It also doesn’t make much strategic sense. The United States is embarking on a contentious modernization of its entire nuclear arsenal, one which relies on the predictability provided by New START to shape the limits of its new weapons programs.

“If suddenly New START goes away and the Russians race ahead, we will not have a predictable environment in which to conduct that modernization,” Gottemoeller pointed out. “We will be chasing them. And we may end up spending a good deal more than the $1 trillion-plus that we’re looking at now.”

We may have to chase them far, she warned. A Russian preference for large, heavy missiles carrying ten or more warheads means Moscow could quickly deploy large numbers of bombs simply by filling empty slots on existing systems. Moreover, with Russia nearly finished with its modernization process, the Kremlin has the added benefit of “hot production lines” for its new missiles.

Neither does the China angle hold much water. Yes, she acknowledged, Beijing is modernizing its nuclear forces. And yes, their growing inventory of “very capable and highly accurate” conventional missiles “deserves looking at.”

Given this gap, she suggested, Beijing’s reluctance to come to the arms limitations table is understandable. And it’s certainly not the kind of danger that’s worth killing New START over.

Instead, said Gottemoeller, Washington should take Moscow up on the offer to extend the treaty, a prospect she granted may be more likely under a Joe Biden administration should President Donald Trump lose the election this fall.

Were that the case, she added, the United States and Russia should not be afraid to go even further. “If New START is extended for five years, the two presidents – this time Biden and Putin – could very quickly negotiate a further reduction and that could then be implemented on the back of the agreement.” Gottemoeller suggested this might look a bit like 2002’s Moscow Treaty, which tacked on additional limits to the preexisting START I accord.

As for what the cuts would look like, Gottemoeller pointed out that this had already been considered. “Back in 2013 the Joint Chiefs of Staff agreed that the United States could take up to a one-third further reduction in operationally deployed warheads and still maintain strategic stability,” she said. This would bring the US down to one thousand or fewer deployed bombs for the first time since the early 1950s.

For any of this to happen though, New START must first be saved. And given the February 5, 2021 deadline, that may be a question of priorities - even if Joe Biden wins in November.

“There will be a lot in the president’s inbox on his very first day in the Oval Office,” Gottemoeller said. “New START will have to be near the top of that pile.”

“Otherwise, the one thing I’m concerned about is that it may get lost.”

The entire interview with Rose Gottemoeller is available here on Press The Button.