Realists Must Beware the Second-Order Costs of Middle East Retrenchment 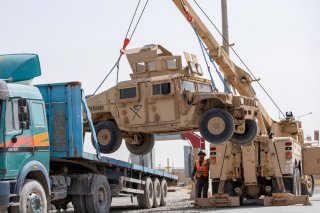 The United States should partly disengage from the Middle East: decades of entanglements have brought more costs than benefits, while the rise of China should steer the United States and its necessarily limited foreign policy bandwidth to focus more on East Asia. Proponents of a more realist foreign policy are correct that downsizing would be, overall, the preferred way forward. However, while they are quick to emphasize the anticipated gains, they too often neglect the costs. It is essential, in other words, for realists to transparently explain—for the sake of intellectual honesty, but also to help design better policies—what problems would inevitably arise. This would allow realists to avoid overreach and to prepare options to mitigate the negative side-effects of their prescriptions.

The key point is that realism should not be viewed as a blanket solution, dogmatically calling for restraint in the Middle East, but rather as a menu from which different, scalable options can be selected, based on the specifics of each context. Three current policy dilemmas illustrate how rigidly implementing realist policies can lead to the emergence of second-order consequences, the costs of which could outweigh the benefits. This would hurt American interests in the Middle East and would damage the future credibility of actually sound realist proposals.

Realists, for example, rightly emphasize that the United States is too close to Saudi Arabia. They have also pressured the Biden administration to withdraw its support for the Saudi military intervention in Yemen, yet to do so hastily would be a mistake. If the United States were to disengage from the war, the main consequence would be to weaken Saudi Arabia, and therefore further boost its main adversary, the Iran-aligned Houthis. The United States should push hard for a diplomatic solution to the war and it should eventually distance itself from Saudi Arabia, but it should do so cautiously, avoiding rushed decisions that would ultimately prove costlier—as a strengthening of the Houthis would be—than the current course.

Ongoing nuclear negotiations with Iran provide another example. Reaching a deal to cap Iran’s nuclear program in exchange for the lifting of some sanctions is entirely consistent with realism; that was true in 2015, and it remains the case today. The region has changed over the past six years, however. Iran’s missile and drone capabilities, in particular, now pose a far larger threat. To simply replicate the Joint Comprehensive Plan of Action (JCPOA) template from 2015, as such, comes with a significantly less advantageous cost-benefit ratio, a dilemma that realist backers of the nuclear deal need to engage with more transparently.

Finally, the residual U.S. military presence in Iraq, with a limited number of troops, illustrates how realists need to nuance their calculus and avoid blanket calls for comprehensive downsizing. A full withdrawal from Iraq would be costly: it would provide Iran with a major victory, it would open the door to a return of the Islamic State or some successor group, and it would heavily destabilize the region. Keeping troops in Iraq indefinitely is far from ideal and raises risks, notably of entanglement, and rightly makes realists uncomfortable. The cost-benefit ratio of staying, however, remains the least bad alternative—which is, after decades of costly overcommitment in the Middle East, arguably the most prudent way forward.

Thomas Juneau is Associate professor at the Graduate School of Public and International Affairs, University of Ottawa. He tweets @thomasjuneau.