Is Saudi Arabia Making the President and Congress “Real Enemies”? 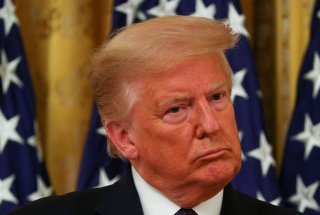 Democratic lawmakers accused the Trump administration of treating Congress as “the real enemy” as they slammed arms sales to Saudi Arabia in a House Foreign Affairs Committee hearing.

Secretary of State Mike Pompeo is under fire for ousting State Department watchdog Steve Linick, who says senior officials tried to “bully” him for investigating a U.S. arms deal with Saudi Arabia.

Pompeo had reportedly pushed President Donald Trump to declare a state of emergency last year in order to sell weapons without approval from Congress.

“The administration made it clear…that Congress was the real enemy,” Rep. Brad Sherman (D–Calif.) said during a hearing on Wednesday. “Any way you could avoid Congress and neutralize its power was considered some sort of success.”

The hearing was called to discuss the merits of U.S. arms sales to Arab monarchies, but Democrats made it clear that they also had a problem with the process.

Rep. Ted Deutch (D–Fla.) opened the hearing by claiming that the Trump administration “undermined congressional oversight” by “forcing through” the arms sales.

Pompeo told Congress in May 2019 that “an emergency exists, which requires the immediate sale of the defense articles and defense services” to several Middle Eastern kingdoms.

Members of Congress had objected to U.S. support for Saudi Arabia’s war in Yemen.

But the emergency declaration, rubber-stamped by Trump, allowed the administration to move forward with an $8.1 billion deal without approval from Congress.

Former Pentagon official Andrew Exum testified on Wednesday that such a move was never “part of the discussion” when he served as Deputy Assistant Secretary of Defense for Middle East Policy in 2015 and 2016.

“When I was serving on two occasions in the Department of Defense during the Obama administration, I think we actually had a pretty good working relationship with the U.S. Congress” on arms sales, he said. “The conversation was very robust. Hard questions were asked, but ultimately we were able to arrive at good outcomes.”

The Saudi-led campaign in Yemen began in 2015. The Obama administration cut off the sale of cluster bombs and precision-guided munitions to Saudi Arabia over a year later.

Precision-guided munitions were part of the arms deal pushed through by Trump and Pompeo last year.

Republicans defend the weapons sales to Saudi Arabia as a necessity for countering “unprecedented threats from the Iranian regime,” as Rep. Joe Wilson (R–S.C.) said during Wednesday’s hearing.

“This region of the world has always been pivotal in world history, and I believe it’s more important today,” said Wilson, the highest-ranking Republican on the committee. “We have real partners and friends on the