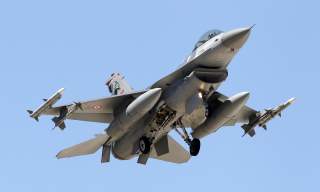 President Donald Trump’s decision to relocate U.S. forces away from the Syria-Turkish border in anticipation of a Turkish military offensive in the area has been greeted by a collective groan from the foreign policy establishment on both ends of Pennsylvania Avenue.

Lawmakers from Sens. Mitt Romney and Lindsey Graham to Chris Murphy and Elizabeth Warren have condemned Trump’s move as a strategically shortsighted, humanitarian abomination. In a joint statement issued on October 7, Romney and Murphy wrote that the redeployment was a “betrayal” of the very same Syrian Kurdish fighters that served as the main ground component in the U.S. anti-Islamic State campaign. The order, in the senators' words, "will have grave humanitarian and national security consequences.”

Defense Department officials received no advance warning about the redeployment and were therefore surprised to learn about it last night. One National Security Council official told Newsweek on condition of anonymity that Trump was out-negotiated by Turkish President Recep Erdogan during his latest phone call. There is a rising degree of anger and indignation percolating throughout the national security bureaucracy, much of which was outright opposed to removing the U.S. presence in northeast Syria and indeed viewed U.S. troops as a deterrent to a Turkish offensive against Kurdish armed formations.

Lawmakers have already promised strong and swift action if it invades Syria and commits abuses against the Kurdish population. Trump himself threatened to “destroy and obliterate" the Turkish economy if Ankara crossed certain, undefined red-lines (supposedly this includes declaring war on the Syrian Democratic Forces or failing to keep ISIS detainees behind lock-and-key). Sen. Graham and Chris Van Hollen, however, have been the furthest out-front in threatening consequences.  Both are in the process of drafting a bill that would suspend Turkey’s membership in NATO if it crossed the Turkish-Syrian border and attacked Syrian Kurdish territory.

The two senators, however, have a big problem: the United States can’t simply expel the Turks from the transatlantic alliance unilaterally. Indeed, despite 70 years of existence, NATO has yet to suspend a member state (let alone expel one) and it’s not even clear the alliance could do so even if it wanted to.

The North Atlantic Treaty, NATO’s founding document, is completely bare about the possibility of evicting a member. Once a country is inducted into the alliance, the country is for all intents and purposes given a life-time membership. The only way a member can leave the club is if that specific member decides it’s in its own best interest to do so.  The one requirement is a formal notice about their withdrawal, submitted one year before cutting it comes into effect.

If Washington genuinely hopes to suspend Turkey’s membership, it would need to do one of two things. The United States could either go through the formal process and request a review of the charter through Article 12, taking the time to work with all 29 members of the alliance in the hope of amending the document to compensate for the lack of a suspension or expulsion clause. Or it could bring this specific matter to the rest of the alliance and debate it in a special session or summit. Unfortunately, either one of these options would require consensus, which provides Ankara with a significant opportunity to obstruct the process by convincing and or coercing even a single member into rejecting the request. Because NATO makes decisions based on unanimity, every member is held hostage to the rules.

It remains a mystery why the authors of the North Atlantic Treaty neglected to add a dismissal provision to the charter. There are a number of explanations available, including the possibility that NATO’s original architects didn’t expect the alliance to exist for more than a few decades (or at least not after the Soviet Union dissolved). Some may have believed that no member would be stupid or reckless enough to act in ways counter to the alliance's interests and prerogatives.  It’s also realistic that the alliance’s first proponents failed to anticipate that NATO would take in so many members, which of course makes any reforms more difficult to achieve.

Whatever the reason, the absence of a NATO suspension provision has produced a situation where members are unaccountable for the decisions they make and unafraid of punitive action from the alliance as a whole. The Turkish military offensive against Kurdish-held areas in Syria is an extreme example of how a NATO state can use the rules to its own advantage.