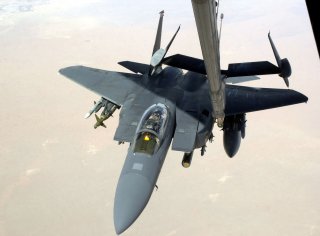 House Foreign Affairs Committee chairman Eliot Engel accused the State Department of trying to “spin and obscure the facts” in a “deeply damning” report about arms sales to Saudi Arabia.

The State Department’s internal watchdog finally released its report about the emergency declaration on Tuesday.

The report found that the “emergency certification was executed in accordance with” the law around arms sales, but that the State Department “did not fully assess risks and implement mitigation measures to reduce civilian casualties and legal concerns” around the arms deal.

Both sides disagreed on what the report meant for the Trump administration.

The State Department claimed that the report found “that the Department acted in complete accordance with the law and found no wrongdoing in the Administration’s exercise of emergency authorities.”

But the investigation did not assuage critics, especially as Congress and the public had been sent different versions of the report.

“This report tells us everything we suspected: the emergency was a sham,” Rep. Engel (D–N.Y.) said in a Wednesday night statement. “It was cooked up to get around congressional review of a bad policy choice.”

Investigators found that the Trump administration had first proposed using an emergency declaration in April 2019, and that only four out of 22 weapons packages have been delivered to Saudi Arabia more than a year after the emergency was declared.

“What sort of emergency makes itself known a few months in advance and can be resolved with weapons delivered years later?” Engel asked.

The State Department redacted these facts from the public report, citing laws that protect trade secrets and “premature” policy discussions from disclosure. The unredacted version for members of Congress was quickly leaked to Politico Magazine.

Engel accused Secretary of State Mike Pompeo of working “to bury the truth.”

Pompeo has been accused of pushing out State Department Inspector-General Steve Linick, who first began the investigation of the Saudi arms deal and was fired in

Linick testified to Congress that Brian Bulatao, a senior State Department official and personal friend of Pompeo, had attempted to “bully” him over the investigation alongside chief State Department lawyer Marik String.

Engel and several other Democrats issued subpoenas for Bulatao, String and other senior officials on August 3.

Pompeo denied that anything was out of the ordinary at an August 5 press conference.

“He left to go back home,” he told reporters. “This happens. I don’t have anything more to add to that.”