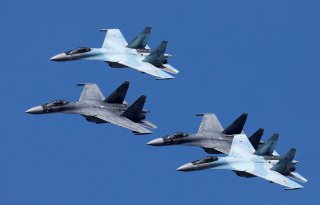 In approximately ten months, there is a strong possibility that the U.S.-Russia New Strategic Arms Reduction Treaty (New START)—the last bilateral nuclear weapons agreement between the world’s two largest nuclear powers—could expire without a replacement or extension. Unfortunately, New START is not the only U.S.-Russia military accord at serious risk.

According to an April 5 report in The Guardian, the Trump administration is in the process of withdrawing the United States from the Open Skies Treaty, an arrangement constructed in 1992 that allows all thirty-four of its participants to engage in unarmed surveillance flights over one another's territory in order to increase military-to-military transparency. The news comes more than five months after President Donald Trump reportedly signed a memorandum expressing his intent to withdraw from the twenty-eight-year-old agreement.

Before President Donald Trump comes to a final decision, he should think long and hard about what a world without the Open Skies Treaty would look like. The risks of withdrawing from the accord vastly outnumber whatever benefits may exist.

The concept of a multilateral military transparency agreement was first conceived in 1955 when President Dwight D. Eisenhower proposed the initiative to the Soviet Union as a confidence-building measure between the two Cold War superpowers. While the Soviets rejected Eisenhower’s initiative at the time, President George H. W. Bush revived the concept at a time when European security architecture was undergoing significant shifts.

At its core, Open Skies is a win-win proposition for its members. Each state-party is allowed a specific number of overflights every year and each is treaty-bound to accept a certain number of overnights over their own territory. A country that wishes to conduct a surveillance flight is required to deliver a notification to the host country seventy-two hours prior to the mission, including detailed information about the flight plan, points of entry and exit, and the airfields the surveilling country will use for refueling. All imagery collected during the flight is supplied to the host nation. The United States has been one of the biggest beneficiaries of Open Skies; according to the State Department, Washington conducted 196 observational flights over Russia and Belarus during the first fifteen years of the treaty—more than two and a half times the number of surveillance missions Russia and Belarus conducted over U.S. territory during the same period.

Lawmakers, such as Sen. Tom Cotton (R-AR), have consistently criticized the treaty as a gift to Russia’s intelligence capabilities and believe Moscow’s noncompliance with some of the treaty’s provisions is cause enough to withdraw Washington’s participation.

Admittedly, there have been problems with implementation. The Russians have committed several violations in recent years. In 2014, Moscow established a five-hundred-kilometer limit on any U.S. observation flights over the Russian exclave of Kaliningrad, a restriction that undercut the very purpose of the Open Skies Treaty. Washington, however, already retaliated swiftly and proportionally for this violation in 2017, preventing Russian observation flights over Hawaii, home of the U.S. Pacific Fleet headquarters, as well as over the missile defense interceptors stationed in Alaska. The Trump administration’s flight restriction was a perfectly justified response and indeed necessary to introduce accountability under the treaty and strategic balance with Moscow.

Yet abandoning the treaty altogether would be a poor policy decision and effectively give Russia an excuse to abandon it as well.

Russian violations notwithstanding, walking away from the Open Skies Treaty will severely hamper Washington’s ability to collect information about Russia’s strategic weapons systems, airframes, missile bases, and army stockpiles. As proficient as satellite tracking technology has become, satellites alone are not a sufficient replacement for the type of overflights across Russian territory that have provided U.S. policymakers with valuable intelligence on the Russian military’s overall strength and capacity. For the U.S. to effectively destroy the Open Skies treaty would be to shatter a highly valuable tool for the nation and would be the equivalent of tying one’s hands. Such a decision would also be highly unlikely to restrain Moscow from committing further violations or enacting additional restrictions of U.S. surveillance flights. With Washington out of the treaty, the Russians have no incentive or reason to comply with any of the terms.

U.S. national security officials have an important decision to make. They can either do the shortsighted thing and depart the Open Skies Treaty unilaterally despite widespread protests from the accord’s other participants, gambling that a precipitous pullout will pressure Moscow to return to the table or come back into full compliance. Or they can see the bigger picture, work with Russian officials on compliance concerns, and remain in an agreement that has both given Washington a sense of comfort about Russian military hardware and provided the world’s two largest nuclear powers with a reliable channel of communication.

Preserving military transparency and strategic predictability among nuclear superpowers is a core U.S. national security interest—particularly today when the U.S.-Russia relationship is at a low point. Now is the time to enhance pragmatic agreements, not recklessly eliminate them.