The True Danger of Withdrawing from the Open Skies Treaty 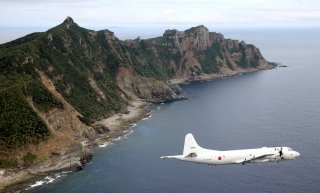 President Donald Trump’s decision to withdraw from the Open Skies Treaty is unfortunate but hardly surprising. In the months prior to the announcement, the administration made clear it saw the nearly three-decade accord as a largely meaningless enterprise that Russia wasn’t complying with. Trump reportedly signed a memorandum last year expressing his intent to withdraw from Open Skies, a move strongly advocated for by John Bolton before his departure as national security adviser. Trump administration officials also sent a similar message to European allies, with one European source telling Defense News, "It was pretty clear from meetings that it [withdrawal] was basically a done deal and it was just a matter of when.”

Just because the decision was predictable, however, doesn't mean removing the United States from the thirty-four-nation accord was wise. U.S.-Russia relations are at their worst since the early 1980s, with a series of ailments—including cyber-espionage, hacking, disinformation operations, Venezuela, Iran, and Washington’s various sanctions regimes—dragging the bilateral relationship through the mud. At a time when it is critically important for great powers to maintain a constructive strategic dialogue with one another in order to work through differences diplomatically and manage competition, the White House has instead chosen to eliminate another channel of communication.

President Dwight D. Eisenhower originally proposed the concept for Open Skies in 1955—though it would not become reality until President George H. W. Bush resurrected the concept decades later. The final product, the Treaty on Open Skies, would eventually be signed by thirty-four states, all of which were granted the right to regulated, unarmed surveillance flights over one another’s territory. The logic was simple: if Washington and Moscow could increase transparency, then the two superpowers would have less reason to be concerned about one another's military capability and strategic intentions.

The United States was a big beneficiary of the agreement; according to the State Department, the United States conducted two-and-a-half times more surveillance and reconnaissance flights over Russian and Belarusian territory than Moscow and Minsk conducted over U.S. territory.

Yet after a months-long review, administration officials concluded that continuing to comply with the Open Skies Treaty was no longer in the U.S. national security interest. This, however, is highly debatable. While it was no secret Moscow was violating the treaty for years by restricting U.S. and European surveillance flights over Kaliningrad and parts of Georgia, Washington swiftly responded to those violations by placing restrictions on Russian flights over Hawaii and Alaska.

U.S. retaliatory restrictions were both appropriate and proportional to Moscow’s noncompliance. But they were also negotiable. The United States, for instance, could have established a bilateral dialogue with the Russians and explored whether both sides could come to an understanding over their positions through negotiations.

Unfortunately, there is little evidence Washington took full advantage of the dispute resolution process embedded in the agreement. The State Department’s August 2019 compliance report shows little in the way of U.S. effort in this respect other than a cursory mention of U.S. officials registering their complaints to the Russians. Rather than negotiate, the administration chose to throw up its hands and withdraw from the entire agreement. The result: Russia will almost certainly rescind its own participation, leaving the Open Skies Treaty on death’s door.

The demise of Open Skies bodes ill for the New START agreement, which caps the number of strategic nuclear weapons Washington and Moscow can deploy at 1,550. Heavy bombers, ICBM launchers, and submarine ballistic missile launchers are also limited under the agreement, which allows the world’s two largest nuclear powers the power to keep one another in check through on-site inspections and the exchange of technical information. If the United States and Russia refuse to extend New START for another five years—an extension only requires mutual agreement between Trump and Russian president Vladimir Putin—the treaty will expire in February 2021. If this situation came to pass, then both nations would be permitted to build and deploy as many nuclear weapons as they wished. The last time the United States and Russia lived in a world without nuclear constraints was 1972, the pinnacle of superpower rivalry.

The White House is reportedly debating a New START extension for a shorter time period than the five-year maximum allowed under the treaty. While far better than simply watching the accord die in ten months, a short-term extension is unlikely to provide the administration with the time to negotiate a more far-reaching and ambitious arms control agreement with Moscow. It certainly would not be enough time to entice China to join a comprehensive trilateral strategic weapons agreement.

Washington’s formal withdrawal means the Open Skies Treaty is likely dead in the water. The Trump administration should not make the additional mistake of passively watching as a far more important agreement, New START, nears its expiration date. The era of great power competition doesn’t have to translate into great-power conflict. Preserving the last nuclear guardrail is a no-brainer.