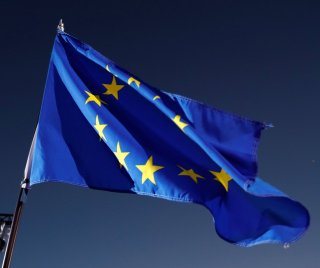 Turkey has been in often-contentious negotiations to join the EU for decades. The European Parliament and European Council voted to freeze the talks after mass purges by the Turkish government in 2016.

European-Turkish tensions have risen even more in recent months over Turkish foreign policy and the migration crisis. Akar told the Turkish Heritage Organization by video conference that Turkey is still interested in becoming a European state despite the strained relationship.

“Membership in the EU remains our political objective,” the defense minister said. “Turkey’s EU relationships are deep-rooted, multidimensional, and crucial, not only for Turkey and the EU, but also for the whole region.”

He said that Turkish membership would be the “best investment for the European Union,” citing “extensive economic relations with the EU.”

Akar also defended the purges that led to the end of EU accession negotiations.

“The Turkish government rightfully took the necessary and proportionate measures to suppress and defeat [a coup attempt] and bring its perpetrators to justice,” he said.

The government fired hundreds of thousands and jailed thousands of suspected Gülen supporters. Human rights critics have described the purge as a crackdown on political dissent, but Akar said that it was necessary to “cleanse” the state of “terrorists.”

“NATO is central to Turkey’s security, and Turkey is central to NATO,” he said. “Our commitment to NATO is solid, and we will continue to shoulder our fair share of the burden.”

The defense minister pointed out that Turkey has contributed the fifth-most troops and seventh-most money to NATO operations, calling these contributions “essential to Euro-Atlantic security.”

Turkey has recently attempted to mend its relationship with the United States and other NATO allies as the Turkish military confronts Russian-backed forces in Syria and Libya.

European leaders responded forcefully after Turkey attempted to push refugees into Greece amid a round of fighting in Syria, and an EU anti-smuggling naval task force has actually attempted to reduce Turkey’s involvement in Libya.

France has led the charge to push back against Turkish foreign policy, supporting Greece and Cyprus in their maritime disputes with Turkey.

“It is unacceptable that the maritime space of [EU] member states be violated and threatened,” French president Emmanuel Macron told reporters last week. “Those who are doing that must be sanctioned.”