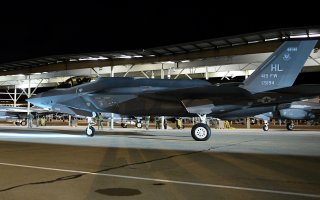 Turkish defense minister Hulusi Akar condemned the United States for using the “language of threats and sanctions” against Turkey even as he praised the “comprehensive and strategic alliance” between the two countries in a Tuesday video conference.

The United States and Turkey have long been allied as part of the North Atlantic Treaty Organization (NATO), but relations have been strained over the past few years. Congress has attempted to impose economic sanctions on Turkey over the past few months over its October 2019 invasion of Syria and purchase of Russian weapon systems.

“There has and continues to be a comprehensive and strategic alliance with the U.S. based on common values,” he told members of the Turkish Heritage Organization. “We believe that the language of threats and sanctions is not an appropriate means to discuss differences among allies.”

The defense minister criticized U.S. “inaction” on Muslim televangelist Fethullah Gülen, “continued support” for Kurdish-led “terrorists” in Syria, the dispute over the S-400 missile system, and Congress’s decision to recognize the Armenian Genocide.

Turkish leaders blame Gülen, who lives in exile in Pennsylvania, for a failed coup d’état attempt in 2016. Turkey has asked U.S. law enforcement to extradite Gülen, but the U.S. Justice Department says that there is not enough evidence to do so.

Akar called Gülen’s supporters a terrorist organization. The defense minister applied the same description to the Syrian Democratic Forces, a Kurdish-led alliance of anti-ISIS militants backed by the U.S. military.

Turkey says that the SDF is an “offshoot” of the Kurdistan Workers Party, a Kurdish insurgent group active within Turkish territory, and has attacked Syria several times to root out the group.

Congress threatened sanctions against Turkey for its most recent military incursion in October 2019 and voted to recognize the Ottoman Turkish campaign against Armenian Christians during World War I as a genocide, which Turkey denies.

Akar said that he was “fully confident” that the United States and Turkey can resolve these issues and “eventually move forwards on a more positive course.”

He added that Turkey has “fulfilled all our responsibilities [to NATO] and will continue to do so.”

The alliance has been under strain since Turkey purchased the S-400 air defense system from Russia in the summer of 2019, triggering U.S. concerns that Ankara and Moscow were moving too close together.

U.S. officials then banned the Turkish military from purchasing or helping produce the F-35 joint strike fighter, which Turkey helped develop. But they have left open the possibility that Turkey could rejoin the program, and some members of U.S. Congress have proposed buying the S-400 from the Turkish military as a compromise solution.

Akar said that Turkey was ready to deal with the S-400 issue on a “technical basis,” stating that “Turkey is not just a customer of the F-35 program, but a partner.”

At the same time, the defense minister emphasized that “a new multipolar era is emerging,” with Russia and China as major powers.

He repeated “the world is bigger than five,” a Turkish political slogan referencing the five permanent members of the United Nations Security Council.

“Geography is destiny. In our case, this region’s destiny depends on Turkey’s as well,” Akar said. “I believe the United States should recognize this and give priority to Turkey as her main regional partner.”