Why a China vs. Taiwan Clash Could Be Brewing 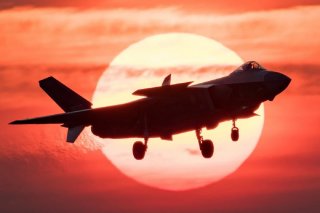 Tensions between Taiwan and the People’s Republic of China (PRC) have been on the rise ever since Tsai Ing-wen became Taiwan’s president and her pro-independence Democratic Progressive Party (DPP) gained control of the legislature in early 2016. Her landslide re-election in January 2020 exacerbated those tensions. Now, Taiwanese concerns about the island’s treatment at the hands of the PRC and the rest of the global community during the coronavirus pandemic are widening the political gap between Taipei and Beijing.

Taiwanese anger at the PRC’s conduct occurred early and often in the crisis. Chinese leaders worked to block Taiwan’s involvement in World Health Organization (WHO) cooperative efforts to stem the spread of the virus. Beijing even sought to prevent Taiwanese attendance at WHO meetings. PRC demands intimidated the WHO into barring Taiwanese experts from at least one crucial strategy session in late January 2020.

Beijing’s propaganda apparatus also generated fake news that the virus was out of control in Taiwan, with deaths overwhelming crematoria. Taiwan Fact-Check Center effectively debunked the claims, and international observers found no evidence to support them. In fact, Taiwan’s efforts to contain the outbreak have been remarkably successful.

Anger among Taiwan’s leaders and the general public rose sharply in response to the PRC’s hostile behavior. On at least two occasions in January 2020, Tsai’s government reached out to Beijing, offering to help mainland efforts against the virus. Mainland officials not only spurned those offers, they treated the island as irrelevant, at best, to global cooperation against the emerging pandemic.

Most governments had long accepted Beijing’s demands to treat Taiwan as part of China in all diplomatic interactions. That formula came to haunt Taiwan during the coronavirus crisis. When the United States and other governments imposed travel restrictions on China, many of the countries also included Taiwan in those restrictions, even though the disease barely had a presence on the island. Those actions greatly intensified sentiment in Taiwan to take new measures to emphasize the distinction between the island and the mainland.

All of those factors—Beijing’s hostile behavior, Taiwan’s surprisingly successful, independent efforts to stem the virus, and the island being swept up into the international travel restrictions directed against the PRC—have combined to greatly intensify an already existing identity crisis in Taiwan. One key feature of the debate is whether to abandon the official name, Republic of China, and if so, what the new name should be. Reuters correspondent Ben Blanchard notes that “Taiwan has been debating for years who it is and what exactly its relationship should be with China--including the island's name. But the pandemic has shot the issue back into the spotlight.”

Hard-line, pro-independence factions are seizing the opportunity to push their agenda. The New Power Party, one of those groups released the results of a new survey in which almost three-quarters of respondents said that Taiwan’s passports should only have the word "Taiwan" on them, removing any reference to “China” or the “Republic of China.”  That result is consistent with an overall shift of public sentiment regarding ethnic and national identity. Recent surveys confirm that a majority of Taiwan residents now consider themselves exclusively “Taiwanese,” and that percentage is growing steadily with each new generation.  The hedging formulation of “Taiwanese and Chinese” continues to shrink and is now down to 24 percent.  The “Chinese exclusively” identity has collapsed to 3 percent.

Taiwan’s foreign ministry, apparently realizing that expunging the name “China” on passports would be a flagrant poke in the eye to Beijing, is proceeding cautiously despite the mounting popular demands.  Officials note that “Taiwan” was already added to the Republic of China on passport covers in 2003 (during the last DPP administration of President Chen Shui-bian).  Tsai’s government keeps the door open for a name change, however.  "In the future, if there is consensus between the ruling and opposition parties on this new name, the Foreign Ministry shall cooperate in handling it," spokeswoman Joanne Ou said.

At the moment, Tsai contends that changing the formal name is unnecessary, insisting that the ROC is already a fully independent country having diplomatic relations with some 16 foreign governments.  Beijing has little reason to feel any relief, though, that such a “moderate” position still holds sway in Taipei.  Tsai herself refers to “Republic of China, Taiwan” in speeches and interviews, irritating PRC leaders.  Indeed, she personally added Taiwan to the formal name during an interview just days after her re-election. It seems likely that it is merely a matter of time until she and her associates join the outright name-change camp.

But changing the country’s name to Taiwan would signal the end to even the vestige of a Chinese identity and any official connection to a Chinese state, however loose.  It would be the functional equivalent of a formal declaration of independence, which PRC leaders have warned repeatedly will be prevented—by force, if necessary.

These developments should be more than a matter of academic interest to U.S. leaders and the American people. Attention is so heavily focused on the coronavirus pandemic, that it is easy to miss other, potentially very dangerous, developments in the world.  But the United States has an implicit obligation in the 1979 Taiwan Relations Act to defend Taiwan if the PRC tries to coerce it militarily.  We need to ask ourselves now, not in the middle of a shooting war, whether keeping that obligation benefits America’s security or exposes our country to needless danger.  We can no longer assume that the uneasy status quo between Taiwan and the mainland will go on indefinitely. There are multiple signs now that matters may be coming to a head.