Would You Send Your Son or Daughter to Die for Montenegro? 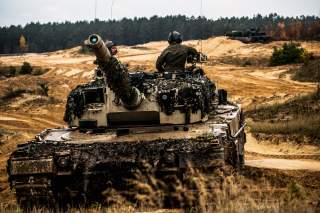 Why, wondered President Donald Trump, have Washington politicians decided to risk American lives to defend Montenegro? It’s a good question. He should ask the president who oversaw Montenegro’s entry into the alliance: Donald Trump.

The president went on Fox News and agreed with host Tucker Carlson’s question: “Why should my son go to Montenegro to defend it from attack?” The proper answer is the latter shouldn’t. The U.S. government should risk its citizens’ lives and squander their wealth only to protect their nation, not to conduct grand foreign crusades, even for Montenegro.

Indeed, the Balkan nation is a good example of the folly of NATO expansion. The alliance was created as Europe fell into the Cold War. The purpose was to prevent the Soviets under Joseph Stalin from doing what Adolf Hitler attempted: dominate Eurasia. Hence, Washington focused on protecting the major states of Western Europe.

Moscow’s control reached into Central Europe. Much of the Balkans fell under independent Communist control. However, successive U.S. administrations did not attempt to roll back Soviet influence. Such Communist control was tragic, but not important to American security and certainly not worth a war. Even when subject peoples rose in Poland, East Germany, Hungary, and Czechoslovakia, Washington properly did nothing militarily.

The collapse of the Soviet Union and Warsaw Pact ended the need for NATO. For a time the alliance desperately looked for a new purpose, as officials proposed that the organization promote student exchanges and fight the drug trade. Then the alliance decided to get into out-of-area operations—meaning wars irrelevant to both American and European security, such as Kosovo, Afghanistan and Libya—and act as a geopolitical Welcome Wagon for nations newly escaped from the Soviet Empire.

The Clinton administration rapidly pushed to the Russian border. No one seriously considered what would be necessary to protect, say, the Baltic States. In fact, expansion advocates appeared to forget that NATO ultimately was based on Article 5, the promise to defend member states.

Moving into the Balkans meant bringing in ever less important states, such as Albania and Slovenia, with militaries of 8,000 and 7,250, respectively. Adding them to the transatlantic alliance was charity, not security. So was the entry of postage stamp-sized Montenegro, best known for the filming of the James Bond flick Casino Royale. Podgorica had the reputation of being a bit of a gangster state and boasted a military of just 2,000. In contrast, New York City alone has 34,000 uniformed cops.

Indeed, Montenegro brought to mind the mythical Duchy of Grand Fenwick, which featured in the novel, The Mouse that Roared. Official claims about the alleged benefits of Podgorica’s entry were examples of fake news. NATO acted like a city civic club to which all respectable gentlemen sought membership. No longer did Washington limit its military guarantees to nations which actually advanced U.S. security.

But Russia’s brutal treatment of Ukraine reminded Americans of the threat of war, and the fact that in any conflict the United States would do the bulk of the fighting. Even if the conflict was triggered by a member state such as Montenegro.

In fact, Podgorica seems unlikely to directly trigger a war. The president rather oddly warned: “by the way, they have very strong people—they have very aggressive people. They may get aggressive, and congratulations, you’re in World War III.” No doubt, it is theoretically possible that the vast, aggressive, powerful Montenegrin legions might launch themselves towards Moscow, but that isn’t too likely. Montenegrin politicians, including the prime minister—shoved aside by the president at least year’s NATO summit—do not appear to have entirely lost their minds.

Still, the Balkans well illustrates why alliances can be dangerous. Otto von Bismarck, the famed “Iron Chancellor” of Germany, warned that “the great European War would come out of some damned foolish thing in the Balkans.” He worked to prevent that war, but his successors were not so circumspect. In 1914 two militarized blocs faced each other and an assassination by a Serb of the Austro-Hungarian heir apparent lit the fuse to what became World War I.

In NATO’s case the fuse most likely would be Georgia or Ukraine, both of which face Russia militarily and would be tempted to use America’s backing to push their own territorial claims. And the question as to why Americans should die for Tbilisi or Kiev would be as relevant as why anyone should die for Podgorica.

However, now that Montenegro is a member of NATO, the United States really can’t declare that Article 5 doesn’t apply to it. The alliance doesn’t work if some members really aren’t members. And nations learn their status only if war starts, when they find out of American aid will be forthcoming. The most meaningful decision point is deciding whether to admit a country as a member.

So why did Washington welcome Podgorica? Ask President Trump. In June last year the mountainous state joined NATO. Although the invitation was extended by the Obama administration, Senate approval only came in March 2017. The president could have stopped the process.

Moreover, at the recently concluded summit the alliance invited Macedonia to join. It is yet another small, mountainous and landlocked country—and perhaps equally aggressive. With two million people and 8,000 soldiers it obviously won’t be defending America. Macedonia won its independence amid the ruins of Yugoslavia in 1991. Since then Skopje has been mired in a bitter dispute with Greece over use of the name “Macedonia.”

In this case nationalism verges on the silly rather than sinister. Athens claimed the ancient legacy of Alexander the Great and accused the new Macedonian nation of revanchism. In joining the United Nations, Macedonia was officially called the Former Yugoslav Republic of Macedonia (FYROM). In June, Athens and Skopje finally agreed to the name “Republic of North Macedonia.” After which Greece dropped its veto of Skopje’s NATO membership.

No doubt, (North) Macedonia is looking forward to receiving rather than providing cash, prestige and security. Its greatest security concern is unrest within its ethnic Albanian minority, which led to an armed insurgency a number of years ago. Domestic politics also has been rough and unsettled, with a new, more liberal government taking over only last year.

But what does (North) Macedonia bring to American security? Why should Americans die for Macedonia? If the answer isn’t obvious for Montenegro, it isn’t apparent for Macedonia either.

Presumably the president really is disturbed by the prospect of America being dragged into an unnecessary conflict by the folly of NATO members at the periphery of Europe. However, he is now the single most important person in determining who joins the alliance. He is president, not critic. He should start acting like one by putting his policies into action.

Indeed, virtually every one of the administration’s military and NATO initiative undercuts his criticism of the Europeans. The United States is increasing its own military outlays, deploying more troops and equipment to Eastern Europe, and adding new members. All of these create further disincentive for European NATO members to do more militarily both in and out of the alliance. They are not fools. Why respond to U.S. demands when U.S. actions make doing so unnecessary?

President Donald Trump is correct: it is long overdue for friendly nations to take over responsibility for their own defense. But his actions make that less likely and his rhetoric discredits the case for them to do so. He certainly is America’s most blusterous chief executive. He also is likely to be one of its least effective.