‘Too Much on My Plate’: Musk Puts Twitter Blue on Hold 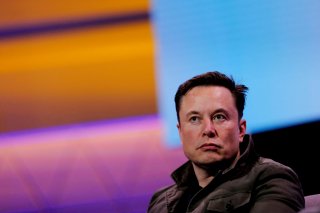 After a week of chaos in which several fake accounts with the verified names of real people and brands tweeted shocking things, Twitter owner Elon Musk announced that the Twitter Blue experiment was on pause, although it may return soon. Twitter Blue was an effort by Musk rolled out quickly after his takeover to sell off what used to be a mark of verification.

According to Reuters, the new version of Twitter Blue will probably come back later this week.

“The coveted blue check mark was previously reserved for verified accounts of politicians, famous personalities, journalists and other public figures,” Reuters said. “But a subscription option, open to anyone prepared to pay, was rolled out earlier this week to help Twitter grow revenue as Musk fights to retain advertisers.”

Numerous fake but verified accounts went viral, including one from a bogus account for pharma giant Eli Lilly, which stated that the company was making insulin free. That led to a plunge in Eli Lilly’s stock price, while also leading the company to pause advertising on Twitter. In addition, the flap has likely led many other potential advertisers to rethink their own Twitter ad purchases.

This followed a spate of other viral posts from bogus accounts, including a fake LeBron James demanding a trade, fake versions of NBA and NFL breaking-news reporters tweeting bogus news of trades and coach firings, and a fake account for Nintendo tweeting an image of Mario giving the finger.

Twitter attempted to solve impersonation problems by introducing a gray “official” badge and then abandoned that plan within a day last week, although the gray checks have since reappeared.

Also over the weekend, Musk got into a fight with Sen. Ed Markey (D-MA). Senator Markey, in a since-deleted tweet, told Musk that a Washington Post reporter had been able to easily create a fake Markey account.

“Apparently, due to Twitter’s lax verification practices and apparent need for cash, anyone could pay $8.00 and impersonate someone on your platform,” Markey wrote in an attached letter. “Selling the truth is dangerous and unacceptable. Twitter must explain how this happened and how it will prevent it from happening again.”

“Perhaps it is because your real account sounds like a parody?” Musk replied. Markey responded with a veiled threat to investigate Musk’s companies.

“One of your companies is under an FTC consent decree. Auto safety watchdog NHTSA is investigating another for killing people. And you’re spending your time picking fights online. Fix your companies. Or Congress will.”

Markey sits on the Senate’s Commerce, Transportation, and Finance Committees, and with the Democrats retaining control of the U.S. Senate, he will continue to be in the majority on those committees.

Even beyond the Markey flap, Politico reported that many in Washington are nervous about the direction of Twitter.

“Between the contentious brand Musk has created for himself on social media and the public tendency to use humor to cope with current events, people may be beginning to lose hope that the issue is solvable,” one anonymous D.C. crisis communications professional told the publication.

“Whether it’s a politician, or candidate, or a business, they need a platform that has credibility and that is stable and aligns with their values,”  Sean Higgins, a D.C. communications veteran and currently a vice president at Precision Strategies, told Politico. “So far, Twitter hasn’t demonstrated an ability to provide any of those things under Elon Musk’s leadership—and that’s a problem.”

Chris Riotta of FCW, per Politico, wrote that “Elon Musk’s decision to monetize verification on Twitter … marks the end of an era for social media, where Twitter users could easily confirm whether a post is trustworthy.”

Per The Guardian, Musk admitted in a recent speech that he has “too much work on my plate.”

“I mean, oh, man. I have too much work on my plate, that is for sure,” Musk said at the B20 business leaders’ conference, per the newspaper. “It is a medium as opposed to media. But there’s no way to make everyone happy, that’s for sure.”

“I’m really working at the absolute most amount that I can work from morning til night, seven days a week. So, this is not something I’d recommend, frankly,” he added.

At the same time, Musk announced that his company SpaceX had purchased advertising on Twitter.

“SpaceX Starlink bought a tiny—not large—ad package to test effectiveness of Twitter advertising in Australia & Spain,” Musk said in the speech, although the purchase was also made on other social media platforms like Facebook and Instagram.