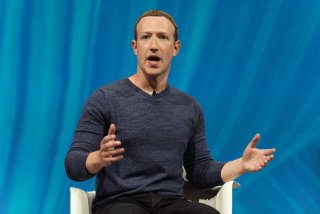 2023 could be a watershed year for public policy regarding Big Tech. Since 2020, the Federal Trade Commission (FTC), the Department of Justice (DOJ), and the European Union (EU) have filed lawsuits against major U.S. tech companies, alleging they have relied on anti-competitive methods to maintain monopolies over social media platforms, search engines, advertising, and app stores. “The agencies have started laying the foundations for a more interventionist stance over the last two years, and this year is when we’ll start to see some of those efforts come to fruition—or be stopped in their tracks by the courts,” said Colin Kass, a partner in Proskauer Rose LLP’s antitrust group.

On November 10, the FTC voted to replace its 2015 “Statement of Enforcement Principles Regarding ‘Unfair Methods of Competition’ under Section 5 of the FTC Act” with a new “Policy Statement Regarding the Scope of Unfair Methods of Competition Under Section 5 of the Federal Trade Commission Act.” This new policy statement is reflective of FTC chair Lina Khan’s antitrust philosophy and President Joe Biden’s “Executive Order on Promoting Competition in the American Economy.” However, Logan Breed, a partner at Hogan Lovells, has noted that “this policy statement exists in a vacuum. There is no real clarity on what [Section 5] means, and we’re just going to have to wait and see what the FTC decides to do. … And that’s likely going to happen in 2023.”

The new policy statement defines a method of competition as “a conduct undertaken by an actor in the marketplace”—as opposed to merely a condition of the marketplace not of the respondent’s making, such as high concentration or barriers to entry. This conduct must implicate competition directly or indirectly. In addition, the term “unfair” is defined as conduct that “goes beyond competition on the merits,” e.g., a firm having “superior products or services, superior business acumen, truthful marketing and advertising practices, investment in research and development that leads to innovative outputs, or attracting employees through better employment terms.” The new FTC policy statement is explicit that an FTC “inquiry will not focus on the ‘rule of reason’ inquiries more common in cases under the Sherman Act, but instead focus on stopping unfair methods of competition in their incipiency based on their tendency to harm competitive conditions.” Actual harms may not always be necessary to warrant enforcement, and such “incipient threats” now become challengeable.

Furthermore, the recent passage by Congress of the $1.7 trillion omnibus spending bill includes the “State Enforcement Venue Act,” which extends a federal exemption to consolidate antitrust cases pending in different districts before a single court when they concern common questions of fact to state governments involved with multidistrict litigation. The act was prompted partly by Google’s successful move to change the venue of a case brought by Texas and other states that was eventually consolidated with related cases in the Southern District of New York. The bill was originally proposed by, among others, Sen. Mike Lee (R-UT) and had been publicly supported by the National Association of Attorneys General and FTC chair Lina Khan.

Both Khan and Jonathan Kanter, who leads the DOJ’s antitrust division, are willing advocates of novel antitrust legal theories—even if that means sometimes losing a case. Both the FTC and the DOJ are pursuing major Big Tech investigations and have federal judicial rulings expected in 2023. They include:

The FTC alleges that Meta (formerly Facebook) is illegally maintaining its personal social networking monopoly through a years-long course of anticompetitive conduct—including its 2012 acquisition of up-and-coming rival Instagram, its 2014 acquisition of the mobile messaging app WhatsApp, and the imposition of anticompetitive conditions on software developers—to eliminate threats to its monopoly. The FTC originally sued Meta in December 2020. However, the lawsuit was dismissed in 2021 due to a lack of evidence. The FTC refiled its lawsuit following the dismissal and was allowed to proceed in January 2022.

The FTC is attempting to block Meta’s acquisition of virtual reality (VR) company Within. In a lawsuit filed in July 2022, the FTC alleges that unlike building a VR app on its own—an action that would increase competition—Meta’s attempt to purchase another VR developer would dampen “future innovation and competitive rivalry.” The FTC accused Meta of attempting to purchase its way to the top of the VR market rather than competing or building its own product. The FTC anticipates a ruling by the end of January.

The FTC sued Microsoft in December 2022 to block its acquisition of video game developer Activision Blizzard, which owns the popular Call of Duty franchise. The FTC alleges that the $69 billion deal, which would be Microsoft’s largest acquisition in the video game industry, “would enable Microsoft to suppress competitors (such as Sony and Nintendo) to its Xbox gaming consoles and its rapidly growing subscription content and cloud-gaming business.” In response, Microsoft has stated that its goal is to create a cloud gaming service that allows consumers to stream various games on multiple devices for one reasonable fee. The FTC filed its case in administrative court and has not yet requested a federal court to grant an injunction blocking the acquisition.

The Trump administration’s DOJ sued Google in 2020, alleging that it maintained its “gatekeeper” role as a monopoly for online search services and search advertising through anti-competitive practices, i.e., developing an unlawful web of exclusionary and interlocking business agreements that shut out competitors. The case will go to trial in September 2023. If successful, the DOJ could seek structural changes to Google, including a spinoff of the company’s Chrome browser.

A private antitrust case worth watching is Epic Games v. Apple. In 2020, Epic Games, Inc. alleged that Apple violated antitrust laws through its Apple App Store policies by charging exorbitant commission fees and instituting a requirement to use Apple’s in-app payment method rather than alternative payments on iOS devices. Apple countered that Epic Games had breached its developer agreements and App Store guidelines by introducing a direct pay option on iOS devices in Epic Games’ popular video game Fortnite. While Judge Yvonne Gonzalez Rogers initially ruled that Apple’s conduct was not anti-competitive, Epic Games has since appealed the decision.

Also, on January 5, the FTC unveiled proposed rules prohibiting companies from asking workers to sign non-compete clauses, which may limit or delay workers from starting competing businesses or moving to rival companies. The proposed ban could most impact the tech industry, as such agreements are widely used by tech companies, which cite the need to protect trade secrets and intellectual property.

In the executive branch, Tim Wu, a major critic of Big Tech, stepped down as a White House special assistant for competition and technology policy in early January to return as a law school professor at Columbia University. Wu was one of three antitrust policy advocates in the Biden administration pushing for more assertive antitrust measures designed to rein in Big Tech giants such as Amazon and Google. Wu was also a key architect of the more than seventy initiatives to improve competition in the technology, healthcare, and agricultural industries within the Biden administration’s “Executive Order on Promoting Competition in the American Economy.” Elizabeth Kelly of the White House’s National Economic Council will now oversee Wu’s work on technology policy, while Hannah Garden-Monheit will take over competition policy.

In Congress, several proposed privacy and antitrust bills did not make it into the end-of-year $1.7 trillion omnibus spending bill, including the American Innovation and Choice Act and the Open App Markets Act, both of which deal with the tech industry. Senate Majority Leader Chuck Schumer (D-NY) “killed” both bills. However, as a consolation, Schumer allocated an extra $85 million to the nation’s two antitrust enforcement agencies: $50 million to the FTC and $35 million to the DOJ. The majority leader also included an amendment authorizing these agencies to collect higher fees from companies that require a proposed merger review. As a result, the FTC and DOJ are projected to collect approximately $1.4 billion over the next ten years.

What tech industry legislation can be expected in the 118th Congress? Ultimately, there will be few opportunities for antitrust legislation to be enacted in the House or the Senate. Nevertheless, there is bipartisan support in both chambers for addressing privacy issues—including Section 230 of the Communications Decency Act—and cybersecurity issues with broadband.