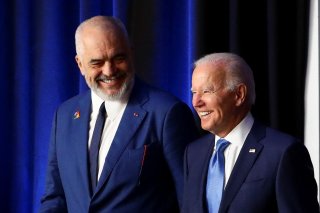 The government of Albania announced on Wednesday that it had severed diplomatic ties with Iran and ordered all Iranian diplomatic personnel to leave the country within twenty-four hours, following its discovery of proof that Tehran had sponsored a massive cyberattack against government websites in July.

Albanian prime minister Edi Rama announced in a video statement that the decision had been formally delivered to the Iranian Embassy in Tirana, the nation’s capital. Rama noted in his remarks that a government investigation into the attack had concluded that Iran had orchestrated the attacks, which he characterized as an act of “state aggression” requiring a strong response.

“The deep investigation put at our disposal undeniable evidence that the cyberattack against our country was orchestrated and sponsored by the Islamic Republic of Iran,” Rama said, claiming that Tehran had used the services of “four groups” in this effort without elaborating.

On July 15, a massive cyberattack targeted Albanian government institutions, leading to the temporary shutdown of several government websites. Although no group claimed responsibility for the attack or provided an explanation for its timing, it appears likely that the attack was launched in retaliation for Albania’s hosting of the “Mojahedin-e-Khalq” (MEK), a controversial Iranian opposition movement that the United States considered a terror group until 2012.

“The United States will take further action to hold Iran accountable for actions that threaten the security of a U.S. ally and set a troubling precedent for cyberspace,” Watson said. Albania has enjoyed good relations with the United States since 1992 and has been a member of NATO since 2009.