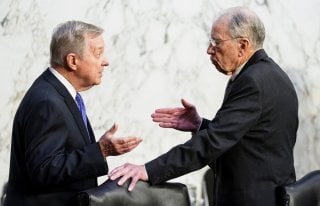 Congress is considering a number of legislative proposals that would dramatically transform U.S. antitrust law, making it more in line with foreign antitrust laws such as in the European Union and China. The problems with these bills are myriad, including undermining innovation and prohibiting conduct that benefits consumers through better products and services at lower prices. In a time of already growing inflation, the proposed standards would harm many of America’s most innovative companies and protect inefficient ones from market forces—a development that risks even higher prices for consumers.

A detailed analysis of the proposed bills is here, but in short, these bills would outright ban or create presumptions of illegality for broad categories of mergers. They would prohibit certain companies from competing in multiple markets and bar online marketplaces from preferencing their products and services on their own platform. Other proposals would dictate how these large companies operate and design their products and services, force them to assist their rivals, and share sensitive data. In other words, the more successful certain companies are, the more heavily regulated they will be.

These bills also ignore historical lessons. For example, proposals to break up certain technology companies and prohibit them from selling their own goods or services along with those of third parties ignore the bipartisan consensus that led Congress to repeal these types of regulations in the railroad and airlines industries. After deregulation, prices fell, output expanded, and firms innovated.

The proposals also fly in the face of modern economic studies, which indicate that companies help consumers when they bundle services and integrate vertically. These practices lower costs for consumers. These bills would also reverse decades of Supreme Court precedent and introduce significant uncertainty through new and untested standards, likely chilling vigorous competition and slowing down innovation.

Proponents of reform incorrectly contend that current antitrust laws are harming the U.S. economy. Not only is there no evidence of this but, even if some changes made sense, adopting a European Union-style antitrust law is an odd choice—one that could reduce investment and cripple innovation. According to a 2020 McKinsey & Company study, the EU legislation that governs competition and labor is “complex and can be a deterrent for entrepreneurs. …European start-up founders mention the burden of regulation and administration as one of their biggest woes.”

Additionally, incentives for venture capital are critical to innovation-led growth. The same McKinsey study found that from 2017 to 2019, there were roughly twice as many venture capitalists in the U.S. than in Europe and that total venture capital in Europe increased from $18 billion to $36 billion, compared with an $86 billion to $132 billion jump in the United States. Additionally, privately-held U.S. startups valued at over $1 billion were valued at 46 times their 2019 annual revenue, compared with only 18 times for those founded in Europe. This difference is consistent with investor belief that U.S. companies are poised for far greater growth or profitability. Yet these bills would strip away many of the incentives that drive America’s venture capital success.

Lastly, the notion that the United States has a market-concentration problem is without merit. The most recent U.S. Census Bureau data shows that our economy is becoming less concentrated and more competitive over time. Older studies cited by advocates for drastic change relied upon older data and misleading aggregate statistics.

Koren W. Wong-Ervin is a Partner at Axinn and former Attorney Advisor to Commissioner Joshua Wright and Counsel for Intellectual Property & International Antitrust at the Federal Trade Commission. The views expressed here are the author’s alone and do not necessarily represent the views of Axinn or any of its clients. Wong-Ervin represents clients, including Google, that may have an interest in the subject matter of this piece.