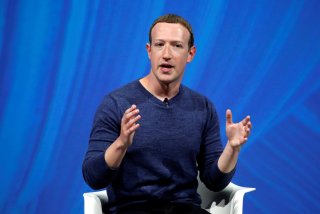 Meta, Facebook’s parent company, on Wednesday, announced that its second-quarter earnings missed on both earnings and revenue.

For the third quarter, the company continued to forecast weak demand.

“We expect third quarter 2022 total revenue to be in the range of $26-28.5 billion. This outlook reflects a continuation of the weak advertising demand environment we experienced throughout the second quarter, which we believe is being driven by broader macroeconomic uncertainty. We also anticipate third-quarter Reality Labs revenue to be lower than second-quarter revenue. Our guidance assumes foreign currency will be an approximately 6% headwind to year-over-year total revenue growth in the third quarter, based on current exchange rates,” the company said.

“In addition, as noted on previous calls, we continue to monitor developments regarding the viability of transatlantic data transfers and their potential impact on our European operations.”

According to CNBC, shares in the company have lost about half their value this year. Meta earned $28.82 billion in revenue compared to the $28.94 billion forecast by analysts, although the company did slightly beat expectations for monthly active users.

"It was good to see positive trajectory on our engagement trends this quarter coming from products like Reels and our investments in AI," Mark Zuckerberg, Meta founder and CEO, said in the release. "We're putting increased energy and focus around our key company priorities that unlock both near and long-term opportunities for Meta and the people and businesses that use our services.”

Zuckerberg added that the company will be “reducing headcount” in the next year.

Before the earnings release, on the same day, the Federal Trade Commission dealt Meta a potential blow in seeking to block the company’s purchase of Within Unlimited, owner of the fitness app Supernatural.

“The agency alleges that Meta and Zuckerberg are planning to expand Meta’s virtual reality empire with this attempt to illegally acquire a dedicated fitness app that proves the value of virtual reality to users," the FTC said in a statement. It’s part of the FTC’s desire to crack down on antitrust abuses, especially in the tech industry.

“Instead of competing on the merits, Meta is trying to buy its way to the top,” FTC Bureau of Competition Deputy Director John Newman said in the agency’s release.

“Meta already owns a best-selling virtual reality fitness app, and it had the capabilities to compete even more closely with Within’s popular Supernatural app. But Meta chose to buy market position instead of earning it on the merits.  This is an illegal acquisition, and we will pursue all appropriate relief.”

The FTC had voted 3-2 to proceed with the action.