Blockchain With American Characteristics: Liberty and Prosperity for All 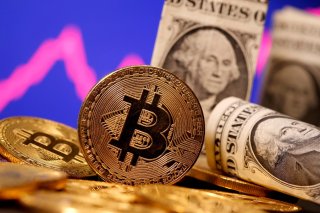 Dr. W. Scott Stornetta, the co-inventor of the blockchain and the chair of the advisory board of the American Blockchain PAC (of which we are, respectively, CEO and senior counselor) recently coined the meme of “blockchain with American characteristics.” He offered this phrase up during his January 2022 speech before the Government Blockchain Association meeting (around minute seventeen) in Washington, DC.

This is a witty reconfiguration of the how the great supply-sider Deng Xiaoping (China’s successor to Mao Zedong), in introducing capitalism, couched it as “socialism with Chinese characteristics.” Stornetta’s coinage also may be seen as an oblique reference to Xi Jinping’s important speech in October 2019 declaring that China would occupy the “commanding heights” of blockchain technology.

Therein, Xi demanded that China “provide safe and controllable technical support for the development of blockchain applications.” The key word here being “controllable.”

Xi thereby telegraphed China’s greatest handicap in its ambition to exploit the blockchain: the Chinese Communist Party’s commitment to central command and control. “Blockchain with American characteristics” alludes to a system that respects the decentralization of power inherent to the liberal (as in liberty) republican order which is baked into America’s political DNA.

This places America at a strategic advantage. In essence, the grand philosophy upon which America was founded represents a decentralization, rather than a centralization of control. So, what’s really going on?

Some things are so big that they are hard to see. Let’s note two radical changes and then prophesize why we believe that cryptocurrencies have the potential to be a key transformational factor to bring about an unprecedented Golden Age of liberty and prosperity.

In 1910, within our grandparents’ lifetime, most of the world was governed by emperors. The imperial world order is the quintessence of central control. That’s the way the world worked for around 5,000 years… until the early twentieth century.

Then, the five greatest empires collapsed in quick succession. Four of them—Chinese (1911), Russian (1917), Austro-Hungarian (1918), and Ottoman (1922)—within about a decade. The fifth and least autocratic, British, went into terminal decline.

The revered Winston Churchill once declared: “I have not become the King's First Minister in order to preside over the liquidation of the British Empire.” The British electorate sent him packing in favor of someone who would shortly after World War II ended. The age of empire really was over.

By historical standards, the worldwide revolution in governance from imperialisms to the fight between liberal (as in liberty) republicanism and totalitarianism was shockingly quick. Since the implosion of imperialism, the world geopolitical order has been defined by fights between the free world, led by America, and dictatorships; first the Nazis and fascists, then the communists.

The forces of liberty defeated National Socialism, fascism, and Japanese imperialism.  Then the free world broke up the USSR and pushed Russia and China from totalitarianism to authoritarianism, a step in the right direction.

The fall of empire was the “big bang” of the modern world political order.

The very nature of the blockchain is that of a broadly (even universally) distributed consensus mechanism. This is inherently adapted to the pro-liberty, anti-totalitarian ethos that has prevailed (and may well resume prevailing) since the victory of the Allied powers in World War II and the free world beating the communists in the Cold War.

When the supply-side revolution—stabilizing the dollar and lowering marginal tax rates—debuted and was handed off from Rep. Jack Kemp (R-NY) to presidential aspirant Ronald Reagan, it unleashed an era of unprecedented world prosperity.

On the day that Reagan officially declared his candidacy for the presidency, November 13, 1979, the Dow Jones Industrial Average was 814 (not adjusted for inflation, but you get the concept).

U.S. per capita real GDP has risen from $30,000 to nearly $60,000, meaning: Americans today are twice as affluent as they were approximately forty years ago.

Turns out, there’s a tight correlation between liberty and prosperity. That said, that was then. This is now.

Blockchain-based digital assets, such as cryptocurrencies, under a healthy legislative and regulatory regime that protects the public and the markets while allowing the emerging technologies to flourish—such as that set forth in Rep. Glenn “GT” Thompson’s (R-PA) proposed Digital Commodity Exchange Act—hold the potential for new heights of equitable prosperity for America and for the world.

The Digital Commodity Exchange Act of 2021:

Creates a voluntary registration framework to regulate trading venues that list digital commodities such as Bitcoin for public trading;

Provides a regulated process for pre-sold digital commodities to become publicly available for trading without sacrificing protections for retail consumers, and;

Creates a voluntary registration framework to regulate the issuers of asset-backed stablecoins to ensure that issuers are known, accountable, and holding funds in the amount and manner promised.

All that is needed now is for one or more leaders of the cryptocurrency sector to step forward. To function, a republic needs its citizens such as Charles Hoskinson, Sam Bankman-Fried, and Ken Griffin to provide the intellectual guidance to help our elected officials generate the right policy climate. What climate is that?

One to allow crypto to flourish, while protecting consumers, and to propel the world, under America’s leadership, into a Golden Age of unprecedented prosperity. That is the “blockchain with American characteristics!”

Adelle Nazarian is the Chief Executive Officer of the American Blockchain PAC, which was created to protect present and future innovation of blockchain and digital assets in the United States and oppose legislation that would limit the growth of crypto assets.  She regularly speaks on the importance of crypto and blockchain in revolutionizing the future of economics, governance and culture including its ability to uplift the most vulnerable members of society.

Ralph Benko is the senior counselor to the American Blockchain PAC; the co-founder and general counsel to New Pavilion; Washington advisor to Rchain.coop; co-author of Redefining The Future of the Economy: governance blocks and economic architecture; member of the Federal Blockchain Working Group, and has worked in or with three White Houses, two executive branch agencies and the Congress of the United States. He is a member of the bar of the State of New York.