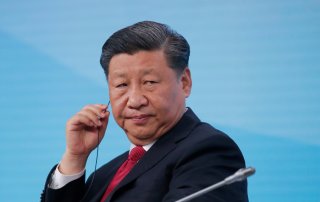 Beijing has set a policy goal to become the world leader in blockchain technology by 2025. To that end, in the last few years, we have seen policy changes from the National Development and Reform Commission (NDRC), which has broad administrative & planning control over the economy of the People’s Republic of China (PRC). Of particular interest, in 2021, NDRC published a blueprint for the development of the national digital economy by 2025. In this plan, blockchain was once again labeled as a “key digital technology”—along with artificial intelligence, big data, and cloud computing.

Not surprisingly, in 2022, we are seeing new infrastructure development plans from the Chinese government in this area. Last month, the China Energy Administration (CEA)—the state agency responsible for formulating energy policy under the National Development and Reform Commission (NDRC)—announced that they would explore blockchain-based power trading platforms to facilitate electricity trading between self-contained power generation units and the state and national grids, according to a policy document released late August. The policy will explore the possibility of small and medium-sized power generation and storage facilities that service local neighborhoods to trade energy with state and national grids. This plan aims to avoid or alleviate power outages in the event of natural disasters or droughts—like the recent drought and heat wave, which has taken a toll on Sichuan province’s electricity supply, causing massive industrial and residential power cuts.

Blockchain is ideal for this project. The technology’s immutable characteristics can provide transparent and reliable electricity metering and proof of transactions. Blockchain is a decentralized, unchangeable database that makes it easier to track assets and record transactions in a specific network. It stores transactional records through a network of connected peer-to-peer nodes, or blocks, linked together via cryptography. In more detail, as new data comes in, it is entered into a fresh block. Once the block is filled with data, it is chained onto the previous block, which makes the data chained together in chronological order. Therefore, this technology allows digital information to be recorded and distributed, but not edited, improving data's traceability, security, and trustworthiness.

In a government infrastructural project, reliable electricity metering and proof of transactions translate into accountability and reduced corruption risks. In general, blockchain has been used to prevent fraud, waste, and abuse in government services across the globe. It is interesting to see the PRC introduce such a measure in their own country. It is quite a holistic project regarding new uses of blockchain-supply chain and accountability functions. And this should push Western democracies to think of similar initiatives, especially the United States.

However, that has not yet been the case under the current or previous administrations. Just this past March, U.S. president Joe Biden issued an executive order regarding a “whole-of-government” approach to the cryptocurrency industry. It signaled that Washington’s aims towards the blockchain sphere are still solely focused on the financial aspect of blockchain technology, specifically cryptocurrency and its usage as a financial asset. Like many people, the U.S. government is still neglecting to think about the strategic application of blockchain technology in the whole of society (infrastructure, supply chains, accountability, and healthcare). In the West, blockchain success will depend on a regulatory policy environment that provides clarity, allows for growth, and keeps the industry accountable. This would be the only way to see new developments flourish.