Can a Focus on Innovation Save NATO? 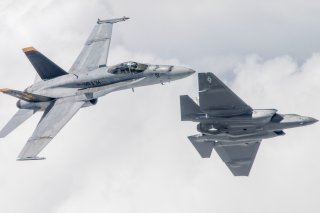 The NATO diplomatic corps and updated NATO military committee would also serve a defensive role in insulating the alliance from adversary information attacks. Mis-, dis-, and malinformation complexify alliance decision-making, as they may strengthen voices opposed to NATO decisions or voices opposed to NATO as an institution. That can be a major challenge, given that the North Atlantic Council requires decisions to be made by consensus. If one member opposes the decision, the whole process is stymied or at least delayed. The NATO diplomatic corps could help counter those effects by representing common NATO interests to member states. That could include advocacy for common NATO positions, supporting greater burden-sharing efforts, and finding and encouraging new ways to tie NATO members together. Likewise, a non-consensus NATO Military Committee would not require all alliance members to agree. If one NATO member, due to a combination of information attacks and other reasons, opposes a decision, the alliance can still make decisions.

The alliance could be further strengthened through innovative approaches to thinking about shared infrastructure and resources. NATO members have common dependencies on logistics routes, energy infrastructure, communication systems, and supply chains for components used in common defense systems. There are undoubtedly many more. NATO could draw upon functions-based approaches pioneered in member states, such as the National Critical Functions (NCF) framework in the United States or the Swedish Critical Societal Functions. Such approaches could reveal alliance-wide or multinational infrastructure dependencies—and therefore vulnerabilities—that could be targeted by cyber or physical attacks in the event of major conflict.

These activities and the lessons that come out of them need to be baked into the alliance in the long term. That is where education comes in. NATO could create a new NATO War College, providing post-graduate training to NATO officials on the cusp of senior service. The War College would train the future of NATO’s leadership with a unique focus on multinational military operations, diplomacy, and business-oriented education on discovering and leveraging competitive advantages. The War College would fill a gap between the NATO school and the NATO college by providing longer, in-depth educational programs.

A brick-and-mortar NATO War College would also help bind the alliance together. The wars in Afghanistan and Iraq afforded NATO officers the opportunity to work closely together and get to know one another as people. While the withdrawal from Iraq and Afghanistan were correct policy decisions, the loss of those opportunities comes with a cost. Future disagreements and even crises between NATO members are inevitable—just see the disagreements between Italy and Turkey over Libya. Common educational experiences can help build the trust and mutual understanding needed to diffuse disagreements without escalation. Working with another NATO officer is much easier when one has broken bread, clanked foamy glasses of beer, and traded embarrassing stories.

Altogether, these developments aim to strengthen NATO’s ability to fight while also binding NATO members more closely together. Moreover, they would create new opportunities for NATO members to contribute. A NATO member might be hesitant to increase defense spending but willing to support NATO diplomatic and research activities. Winning NATO-wide war games or research competitions should also be an important point of national and alliance pride. The value of a transformative military concept cannot easily be measured in dollars or euros, but it would create tremendous value for the alliance’s military forces.

Global security is undergoing drastic changes, from the rise of China to the opening of the Arctic and the growing importance of cyberspace, outer space, and artificial intelligence. Some thinkers ponder whether the globe is experiencing a revolution in military affairs. In some ways, the changes today are not new—they are reflections of trends built over the last decades, if not centuries. After all, just over a hundred years ago, the Ottoman empire was still dominant, air power was just emerging, and cyberspace and space warfare wasn’t even a glimmer. But that’s the point.

NATO must be ready for whatever changes emerge. Some projected trends may manifest; others may not. Others may manifest in different ways than expected, and other trends that were never expected may manifest. Adopting collective resilience through innovation as a core task would allow NATO to maintain and encourage the technological, conceptual, doctrinal, strategic, and policy flexibility needed to stay strong and endure whatever future may emerge.

Note: The author is contract-support to the NCF team at CISA, and this does not necessarily represent the CISA position. This paper and a larger study expanding on the ideas was developed as part of West Point’s “NATO Strategic Concept Seminar.” Thank you to Sam Bendett, Linde Desmaele, Mark Laity, Jennifer McArdle, Jeff Reynolds, Peter Singer, Stan Sloan, Paul Stockton, David Strachan, Ian Sullivan, and attendees of the seminar who helped develop these ideas.

Zachary Kallenborn is an author and analyst who specializes in WMD terrorism, unmanned systems, drone swarms, and homeland security. Zachary is a Policy Fellow at the Schar School of Policy and Government, a Research Affiliate with the Unconventional Weapons and Technology Division of the National Consortium for the Study of Terrorism and Responses to Terrorism (START), an officially proclaimed U.S. Army "Mad Scientist," and a Senior Consultant at ABS Group.