The CHIPS Act Can Fuel an American Blockchain Revolution 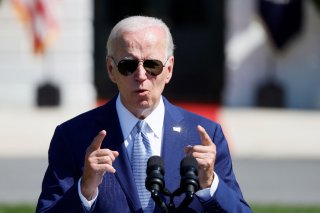 Our two organizations have curated ten legislative proposals among the best, most consequential, and politically most palatable. Soon there will be more.

Many smart people on the Hill and in the executive branch are formulating legislation worthy of President Joe Biden’s landmark Executive Order #14067: Ensuring Responsible Development of Digital Assets. That executive order is the most consequential presidential statement of technology policy since President John F. Kennedy sent the United States to the moon with his 1962 Rice University speech on September 12, 1962.

Biden’s executive order created a national framework fully respecting, for the first time, the “responsible development” of digital assets such as the blockchain.

Congress should provide funding for blockchain research and development on the scale of the National Quantum Initiative. In October 2019, Chinese president Xi Jinping, the leader of America’s premier rival, threw down the gauntlet. ‘It is necessary to strengthen basic research, enhance the original innovation ability, and strive to let China take the leading position in the emerging field of blockchain, occupy the commanding heights of innovation, and gain new industrial advantages,’ Xi declared. America must rise to this challenge!

Federal research and development (R&D) will never pass the libertarian purity test. Yet as one of us noted in a column for Newsmax:

…Per [the eminent Norman] Augustine, numerous studies including those that won Robert Solow and Paul Romer Nobel Prizes in Economics, demonstrate that as much as 85% of the long-term growth in America's economy is attributable to advancements in science and technology.

The payoffs from the successes of federal R&D dwarf the cost of the failures. This inconvenient truth is supported by abundant evidence, however horrifying to libertarians.

To loop back to Romer, the proto-supply-sider and coiner of the maxim “a crisis is a terrible thing to waste,” a 1997 article in Wired titled The Long Boom noted that “research by a few economists, like Stanford University's Paul Romer, suggests that fundamentally new technologies generally don't become productive until a generation after their introduction, the time it takes for people to really learn how to use them in new ways.”

This latency demands primarily government, rather than corporate, initiative. And here it comes!

Last month, in a massively bipartisan fashion, the president signed the Chips and Science Act of 2022. This committed America, according to CNN, to “invest more than $200 billion over the next five years to help the US regain a leading position in semiconductor chip manufacturing.”

$200 billion? Our prior call for spending on blockchain on the scale of the National Quantum Initiative—$1.2 billion over the next five years—seems positively, well, libertarian. In retrospect, our proposal called for an unduly modest response to a challenge from America’s number one technological and economic rival, the People’s Republic of China.

Yet take heart. The New York Times observed that the act would also “add $200 billion for scientific research, especially into artificial intelligence, robotics, quantum computing and a variety of other technologies.” (Emphasis added.)

If we dedicate even a few percent of the $200 billion to blockchain, Beijing will be eating America’s dust. America retains a powerful advantage in innovation. Again, per the New York Times: “The road to the ‘global peaks of technology,’ as Mr. Xi has described China’s aspirations, is decidedly uphill.”

America’s advantage becomes especially vivid with possible breakthroughs for blockchain-as-a-platform via concurrency computing using rholang, an advanced mathematics invented by Gregory Meredith, one of our colleagues.

Let’s take Romer’s dictum, “a crisis is a terrible thing to waste,” to heart. Let our federal government’s scientific thought leaders allocate 3 or 4 percent of the funds from the Chips and Science Act to put the United States at the commanding heights of blockchain technology.

Todd White is the founder of American Blockchain PAC where Ralph Benko is senior counselor.