Competing in the 21st Century: Is Geography No Longer Destiny? 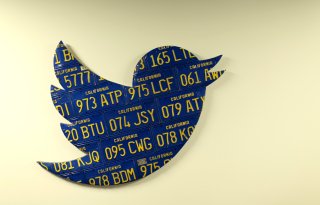 According to fourteenth-century Tunisian sociologist Ibn Khaldun and twenty-first-century British archaeologist Ian Morris, “Geography is destiny.” However, others such as American political commentator Thomas Friedman, author of The World is Flat, would firmly disagree. Yet in today’s techno-driven and globalizing world, the truth is that both opinions are correct.

Were they around today, Khaldun and Morris would make their case by pointing to Silicon Valley, an area between San Jose, California, and San Francisco that grew largely as a result of Frederick Terman, the legendary dean of Stanford engineering school during the 1940s and 1950s. Terman created the tradition of Stanford faculty starting their own companies. This “first mover advantage,” bolstered by the founding of Hewlett-Packard in 1939 and the genesis of large defense and aerospace contracting in the Bay Area, was anchored by the close-knit relationship with two of the world’s great and nearby universities—Stanford and the University of California at Berkeley. These institutions and their world-class human capital have served as a perpetual source of research and development (R&D), entrepreneurship, innovation, and commercialization. Silicon Valley’s destiny is indeed linked to it geography.

The counterargument from Friedman and others, including those whom urbanologist Richard Florida identifies as the “creative class,” is that there are many technology clusters, large and small, including Austin, Boulder, Boston, Seattle, San Diego, and the Raleigh-Durham area. This holds true for our neighbors to the north and south, as well, as illustrated by the aerospace clusters in Winnipeg in Canada and Querétaro in Mexico. Silicon Valley is not the only game in town. Simply stated, creativity, innovation, product development, and commercialization are unmoored from any singular geographic locale.

True, in our age of globalization geography is important, but it is no longer destiny; and competitive locales have the opportunity to pursue a dual strategy of economic development: upgrading their existing assets and advantages and developing and sustaining new ones. Miami is a prime example—a metropolis that is no longer a one-trick pony—tourism—but a thriving center of financial services, technology, real estate, healthcare, and international commerce.

Leisure and hospitality along with international commerce are the principal drivers of the Miami economy. During the last decade the city upgraded and expanded its hospitality sector to effectively compete with New York and Los Angeles. Related to tourism, the arts have blossomed as well, with scores of studios and galleries in the Wynwood neighborhood, high-profile events such as Art Basel, and excellent museums such as the world-class De la Cruz Collection in the Design District. As for international commerce, the other anchor of Miami’s economy, the city known as the “Gateway to the Americas” is now home to over 100 foreign consulates, foreign trade offices, and binational chambers of commerce and ranks as the best city for business in Latin America, according to the leading business magazine América Economía.

Be that as it may, Miami is proof that geography alone is not always destiny. The most compelling example is the city’s technology entrepreneurship that quickly emerged in the early 2000s—start-ups, incubators, accelerators, and venture capitalists, with Miami now one of the top ten American cities for start-ups, according to Business Insider. Add to that the entrepreneurial programs of local universities and the commitment of SoftBank, a Japanese conglomerate, to invest $100 million in local tech start-ups, one can see clearly that a city need not be a prisoner or geography. Just witness the migration from Wall Street to South Florida of hedge funds and private equity firms such as Citadel, Blackstone, Goldman Sachs, and Millennium.

Miami is not unique. It is but one of a number of locales that continue to benefit from their geographically advantageous prime industries while developing new, competitive ones. Among these are the upstate region of South Carolina (auto manufacturing to complement agriculture); Albany (nanotechnology to add to government services); Las Vegas (entrepreneurship and start-ups to supplement entertainment and tourism).

For any city that seeks to pursue a dual economic development strategy—maximizing its geographic advantages while simultaneously developing new ones not tied to location—it must embrace and capitalize upon the knowledge economy. According to the World Bank, there are four pillars of a knowledge economy: (1) education and training for a technically-skilled workforce; (2) information infrastructure, especially broadband and widespread availability and diffusion of communication technology; (3) a regulatory and economic environment that facilitates capital formation, entrepreneurship, and the free flow of knowledge; and (4) innovation systems—research institutes, universities, and corporate R&D centers.

In the age of information communication technology, offshoring and nearshoring, and remote work, geography is no longer destiny; but it is unquestionably a vitally important arrow in the quiver of economic growth, development, and competitiveness. Cities and locales that pursue the dual strategy of deepening their special competitive strengths while developing new ones be winners in both the national and global economies.