Does the United States Need a Cyber Force? 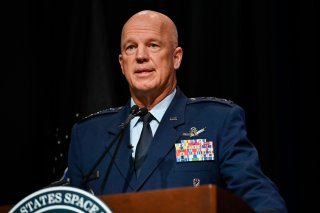 Does the United States need a Cyber Force? Did it need a Space Force? Why does the Department of Homeland Security persist? While creating a new institution might sound prudent in practice, each represents a knee-jerk Washington D.C. response to complicated future challenges and more bureaucracy.

At the recent Black Hat cyber security conference in Las Vegas, former Director of the Cybersecurity and Infrastructure Security Agency (CISA) Chris Krebs implored the audience, “we have to make an agency that’s focused on empowering better digital risk management services.” He also suggested that CISA may be split off from the Department of Homeland Security (DHS) to create a new agency.

The Cyberspace Solarium Commission considered the need for a new cabinet-level organization and ultimately decided to support the idea of a National Cyber Director instead. There was a need for someone to be the point person for cyber security operations in the U.S. government outside of the Department of Defense (DoD). Yet, standing up a new agency would be fraught with complications, including competing mission sets, bureaucratic bloat, and the shortsighted failures in creating the last two major bureaucracies, the Space Force and the DHS.

Past Failures of Bureaucracy

The most recent new cabinet-level organization the United States built is telling. The accumulating failures of the DHS are hard to ignore. Created in 2002 in response to the errors of 9/11, the department quickly became known for the security theater typical at airports now through the Transportation Security Agency (TSA), a DHS subunit. An organization remarkably hated by both the left and the right, the DHS both failed to prosecute immigration cases while simultaneously creating a human rights catastrophe known as the family separation policy based on the idea of deterrence at the border. DHS also wholly missed the danger of Jan 6th while complicit in avoiding accountability.

The Space Force, ostensibly now the 6th uniformed force of the United States military, has not fared much better. Founded in 2019 by President Donald Trump to “reopen NASA and go to space,” the organization has been peppered with controversy and overlapping missions with the Air Force and NASA. General Jay Raymond recently sat down with the Comedy Central show, the Daily Show, to promote the new military branch and clear up some confusion.

When asked what the Space Force really does, Gen. Raymond remarked, “We operate for the world free of charge the GPS constellation that provides the world navigation…most people don’t know that this is provided free of charge.” GPS management is a job the DOD and Air Force have long handled without incident, making it questionable that this is a win for the new organization.

When pestered by the comedian Ronny Chieng about threats farther afield than near earth orbit, Gen Raymond noted, “so again our mission is a little closer to home…we are not focused on aliens.” Chieng ended his segment by saying, “so even though I am still not sure what it does, Space Force represents what the American government does best: find new ways to give billions of dollars to the U.S. military-industrial complex.”

While the idea of creating a force to fight aliens is ridiculous, if we are going to have a Space Force it might be prudent to think about long-term earth defense and the viability of controlling threats that might enter Earth’s orbit, including falling satellites and other debris. Dealing with the extreme future challenges that might occur could be a logical mission of the Space Force. Yet, the U.S. military and bureaucracy generally have a remarkable failure of imagination.

There is a pressing need to consider the evolving future and anticipate long-term threats. The goal should be building strategy on analysis and realistic scenarios, not fictional intelligence based on science fiction. Such a foundation would help the Space Force create a unique mission set that might serve humanity long into the future. Regarding a cyber force, there is a need to consider the evolving need to control, manage, and protect digital information as a future imperative largely divorced by modern conceptions of cyber warfare.

If and when the United States creates a new bureaucratic organization, it must seek to avoid past errors and short-sighted bureaucratic thinking. The digital future needs more than a cyber agency, or a digital agency to manage threats to disinformation or catalog vulnerabilities. The United States needs a whole-of-government approach to managing and controlling information that respects privacy and the Constitution. Without this, as the Daily Show suggests, the U.S. government will fall back on its typical solution of doling out massive amounts of money to contractors to create a new cyber-industrial complex.