Forget About 5G: The 6G Craze Is On Its Way 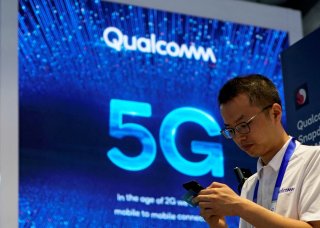 The 5G wireless rollout is still relatively new, but the groundwork is already being laid for its successor, 6G.

As reported by Business Insider, the CEO of Nokia said last month at the World Economic Forum in Davos, Switzerland, that 6G networks will arrive around 2030. CEO Pekka Lundmark added that this will coincide with the “industrial metaverse,” and that "There will be pretty much a digital twin of everything out there.”

"Right now, we're all building 5G networks, as we know, but by the time quantum computing is maturing for commercial applications, we're going to be talking about 6G," Lundmark said at the forum, as reported by Yahoo. "By then, [2030], definitely the smartphone as we know it today will not anymore be the most common interface.”

The 6G revolution is in its very early stages. ATIS, the Alliance for Telecommunications Industry Solutions, is the governing body for the 6G standard through its “Next G Alliance.”

The goal of the alliance, as of 2020, was to “establish North American preeminence in the 5G evolutionary path and 6G development.”

“As countries around the globe progress ambitious 6G research and development initiatives, it is critical that North American industry steps forward to develop a collaborative roadmap to advance its position as a global leader over the next decade,” ATIS President and CEO Susan Miller said of the efforts, in 2020. “The work of the Next G Alliance delivers just that – from research to commercialization – and it is setting the foundation for a vibrant marketplace for North American innovation in future generations of mobile technology.”

The Alliance has also brought out subsequent reports, listing “use cases” for the next generation of the technology: Network-Enabled Robotics and Autonomous Systems, Multi-Sensory Extended Reality, Distributed Sensing and Communications, and Personalized User Experiences. They also released a “road map” to 6G back in March of this year.

However, some skepticism remains about the new technology. Techdirt noted this week that 5G hasn’t brought about many of the world-changing innovations that were promised at its launch.

“A number of recent studies have already shown that U.S. 5G is notably slower than most overseas deployments (thanks in part to government’s failure to make more mid-band spectrum available for public use),” the site said. “Several other studies have shown that initial deployments in many cases are actually slower than existing 4G networks. That’s before you get to the fact that U.S. consumers already pay more for wireless than a long list of developed nations thanks to sector consolidation.”

When innovations arrive in the future, the site said, “5G and 6G will supplement those efforts, not forge them, and the idea that a traditional smartphone will just cease to exist six or so years from now is just kind of silly.”