The Graphene Revolution Arrives in India 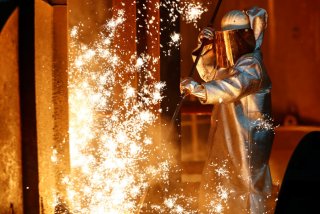 A symbol of education is the humble pencil—a simple column of graphite enclosed in wood. Today, graphite holds the key to many problems we face today related to graphene. Recent vital developments will revolutionize the way we use this valuable resource.

Concrete usually takes a week to set, however, when researchers at a Manchester lab added graphene to the mix, it cut this week-long wait down to mere minutes.

China, however, is not a new player in the graphene revolution. Already, various companies use graphene in the commercial space while Chinese mobile phones have also been using graphene in their cooling systems.

For India, is graphene the silver bullet that will change its society forever and, if so, when?

Kostya Novoselov and Andre Geim discovered graphene at the University of Manchester in 2004 by sticking a piece of tape on graphite and then peeling it off. After repeating the process, the tape had a single layer of graphene. Both scientists were awarded the Nobel Prize in 2010.

Graphene is an artificial material with extraordinary properties. It is a single layer of graphite. Graphene has a two-dimensional structure, but graphite has a three-dimensional crystalline one. This makes graphene very slim, meaning it is one atom thick.

The atomic configuration of graphene is hexagonal like chicken wire. This hexagonal structure is its most crucial property since it allows each carbon atom to be covalently bonded to three more around it. This makes graphene extraordinarily stable and robust. Graphene’s excellent conduction of heat and electricity adds to its appeal. It is a good conductor of electricity because its atoms allow electrons to move around freely.

Graphene production is severely limited and for years, it was only produced in small amounts. Although there is a way to mass-produce graphene, the quality of the end product is typically worse.

It is difficult to make a large sheet of two-dimensional materials using modern production methods. Whenever scientists have attempted to produce a large sheet of graphene, it breaks into tiny flakes. Since graphite is just layered graphene, attempts to create graphene often just produce graphite.

However, there have been successful attempts to create graphene on a large scale. For example, researchers at Rutgers University have found that using chemicals to exfoliate graphite into individual graphene sheets is the easiest way to make large quantities of graphene. The downside is that side reactions occur with oxygen–forming electrically non-conducting graphene oxide, which is useless for commercial use.

Over the past two decades, removing oxygen from graphene oxide to obtain high-quality graphene has been a significant challenge for researchers. Oxygen distorts the new atomic structure of graphene and degrades its properties.

Manish Chhowalla, a professor in the Department of Material Science at Rutgers University, found that baking the exfoliated graphene oxide for merely one second in a 1,000-watt microwave oven expunges oxygen from graphene oxide. This has produced exceptionally high-quality graphene with properties approaching those in pristine graphene.

Graphene is already being utilized to create lighter impact-resistant helicopter and aircraft structures. It will also be possible to develop de-icing systems integrated into aircraft wings and the shielding capacity of graphene could help produce paints that decrease radar footprint.

While it has never been independently verified, China announced that its Z–10 attack helicopter has extra graphene armor which previous models did not have due to weight constraints. Still, lightweight graphene provides an opportunity, for example, to add extra armor to a helicopter to protect the cockpit and fuel tanks.

While EVs are the most significant potential market for commercial graphene batteries, several other graphene batteries have entered the Chinese market over the last few years. Other batteries are graphene–enhanced lead–acid batteries. For example, the TNEH Series Deep Cycle Black Gold Battery from Tianneng, 6–DZF-22.8 battery from Xupai Power Co., and Black Gold automotive battery released by Chaowei Power Co. are all graphene-enhanced lead-acid batteries.

Recently, Samsung revealed that it was working on a graphene-based battery that could store 45 percent more power and charge a smartphone in only twelve minutes. Graphene is also used for common space applications such as lift tethers and coating for spacecraft to control thermal radiation.

In the future, graphene has the potential to revolutionize power and data storage, manufacturing tools, sports equipment, touchscreens, biosensors, and even supercapacitors. Graphene, which is thin and durable, can be used in waterproof coatings for industrial machinery, ocean liners, and aircraft. The delicate, uniform structure of the connection between its carbon atoms makes graphene an excellent component for water filters as well.

The United States has been at the forefront of graphene research for a long time. In 2020, researchers at the Massachusetts Institute of Technology developed a continuous roll-to-roll technique to produce large sheets of graphene at a rate of two meters per minute. Similarly, the Tennessee-based company General Graphene recently commenced manufacturing polycrystalline graphene using the chemical vapor deposition method where, as the company described, “hydrocarbon gases decompose at high temperature…caus[ing] the carbon to deposit on the metal surface, and the growing graphene crystals merge together as the foil moves through the roll-to-roll conveyor to form a continuous single or multi-layer atomic structure.”

India has awakened to the opportunities that graphene holds. In February, the government announced the creation of the India Innovation Centre for Graphene in partnership with the Digital University of Kerala and Tata Steel Limited. The Indian Institute of Science and KAS Tech developed India’s first commercially available graphene-producing system in 2013 and there are now various commercial graphene oxide manufacturers in India. Thanks to the startup boom, the Indian material sciences company Log9 boasts state-of-the-art 3V ultracapacitors powered by Log9’s patented graphene-based technology which provides higher energy and power density while having the lowest current leakage. Capable of operating in a wide range of temperatures and enabling long cellular lifespans, nanocaps are the best in class for safety and reliability.

The global graphene competition is afoot and only time will tell who will own the bragging rights of transforming humanity.