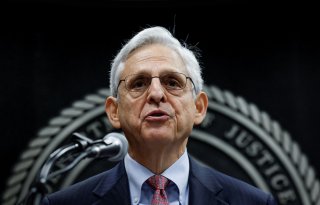 A man who formerly worked for Twitter has been convicted on espionage charges after it was determined that he accessed user data to inform the government of Saudi Arabia with information about dissidents.

According to the Associated Press, the man convicted was Ahmad Abouammo, a U.S. citizen who had worked as a media partnership manager for Twitter’s Middle East region, between 2013 and 2015. He was convicted on six counts, including conspiracy to commit wire fraud, money laundering, and failure to register as a foreign agent, although he was also acquitted on an additional five charges, mostly involving wire fraud.

Per Reuters, his job at Twitter entailed cultivating relationships with journalists and celebrities in the Middle East. He was accused of receiving at least $300,000, as well as a $20,000 luxury watch, by an adviser to Saudi Crown Prince Mohammed bin Salman.

The criminal complaint alleged that in the scheme, the data of over 6,000 Twitter accounts were accessed. Two other men are listed as “wanted” in the case.

“The government demonstrated, and the jury found, that Abouammo violated a sacred trust to keep private personal information from Twitter's customers and sold private customer information to a foreign government,” U.S. Attorney Stephanie Hinds said in a statement published by Reuters.

Abouammo was one of two men indicted in 2019 for crimes including illegally acting as agents of Saudi Arabia.

“Acting in the United States under the direction and control of Saudi officials, the defendants are alleged to have obtained private, identifying information about users of Twitter who were critical of the Saudi government,” Assistant Attorney General for National Security John C. Demers said at the time. “Two of the defendants – Alzabarah and Abouammo – are former Twitter employees who violated their terms of employment to access this information in exchange for money and other benefits. Aside from being criminal, their conduct was contrary to the free speech principles on which this country was founded.”

The case represented the first time Saudi Arabia has been formally accused of spying on the United States.

The conviction comes as the United States, after attempting to freeze out Saudi Arabia to some degree early on in the Biden Administration—in reaction to the killing of dissident journalist Jamal Khashoggi— has sought to repair relations. President Biden visited Saudi Arabia last month, reportedly to attempt to get the Saudis to intervene with OPEC+ in regards to oil supply, in an effort to bring down gas prices.

“While the trip yielded little in the way of flashy announcements—like new normalization agreements or Saudi Arabia boosting oil production—it did demonstrate that the United States remains focused on enhancing the region’s security architecture, particularly to counter Iran,” the United States Institute of Peace said.