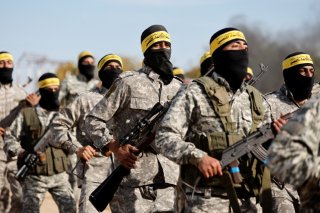 Intelligence is a profession as old as time, but new advances in artificial intelligence and machine learning are changing it like never before. As these new technologies mature, they are likely to have both predicted and unexpected implications for humanity, and intelligence collection will never be the same. In Israel, Unit 8200, which is the cyber unit of military intelligence, is leading the transformation in the Israel Defense Forces.

According to the commander of Unit 8200, a machine can use big data to create information better than humans, but it does not understand the context, has no emotions or ethics, and is unable to “think outside the box.” Therefore, instead of prioritizing between humans and machines, we should recognize that, for at least the foreseeable future, machines will not replace humans’ role in intelligence decisionmaking. However, it is clear that intelligence professionals need to adapt how they conceptualize technology and mathematical thinking in the twenty-first century.

The first interesting development worth highlighting in Israeli intelligence is automatic translation. In recent years, we have seen unprecedented advancements in translation technology; algorithms based on neural networks have been successful in offering a highly accurate level of translation. The translation of languages—such as Arabic and Persian—into Hebrew allows intelligence analysts to have direct contact with raw material and eliminates the dependence that analysts had on the collection units themselves. In addition, it enables intelligence analysts to deal with big data repositories. This means that the Israeli Military Intelligence has begun to integrate automatic translation engines into its work processes and is starting to give up some of its human translators. Instead, the military is having some of its intelligence personnel train the machines to raise the level of translation they provide.

A second development is in the area of ​​identifying targets for attack in the war on terror. This process also relies on advanced algorithms in the field of machine learning, utilizing the ability to process vast amounts of information and cross-link many layers of geographic information to reveal anomalies in the data. The change appeared for the first time in the recent operation in Gaza (2021), in which Israeli military intelligence first used artificial intelligence in a campaign to identify many real-time terror targets.

In order to adopt these new technologies, intelligence units must change how they are organized and the work processes that they employ. Further, new intelligence roles must be defined. Here are two such roles. First, an information researcher: a person responsible for the analysis of the information, the acquisition of advanced tools for analyzing large reservoirs, semantic research (NLP), data Preparation, visualization of the information, network analysis (SNA) or geospatial analysis. Second, an information specialist: a person responsible for defining the problem in terms of optimizing machine learning and defining business metrics, directing the collection operation, analyzing errors, and designing the product requirements.

The integration of artificial intelligence will change the way intelligence is handled in Israel long into the future, but unresolved challenges remain. For the time being, machines still do not know how to ask questions or summarize research insights at a sufficient level. In addition, imposing responsibility for attacking targets on a machine can lead to devastating consequences and create ethical dilemmas, as is evident in recent conflicts such as the Russo-Ukrainian War.