How China Will Dominate the Global Competition Over Data 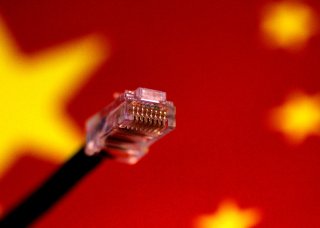 Beijing launched its field of dreams for data—the Eastern Data Western Computing project—on February 17. It is still in the headlines in China, but it hardly made the news here. It just does not sound that important.

The Eastern Data Western Computing project has been the object of nearly continuous coverage in Chinese newspapers since February. By now, many (and perhaps most) Chinese Communist Party cadre and Chinese citizens could tell you it is the opening phase of China’s plan to construct a Nationally Integrated System (体系) of Big Data Centers. They could tell you it is a focal point of both the current  Fourteenth Five-Year Plan and Fourteenth National Informatization Plan. They also could tell you it is a key technical sub-category of “Digital China,” Beijing’s comprehensive digital strategy, and that it has been tagged for acceleration right now.

The purpose of China’s Nationally Integrated System of Big Data Centers is to generate computing power; in fact, the system is sometimes simply called the “national computing power network.” When complete, it will process lots of data, fast. All the data. The head of research and development for Huawei’s Data Communication Product Line said that the long-term goal of the “computing power network” is to put the “entire country on one computer (全国一台计算机).” And notably, Digital China includes a military-civil fusion component. This network could be carrying it all: personal, business, government, Party, and perhaps even military data.

The construction job will be extraordinarily difficult—even according to Chinese experts. But cadre who read People’s Daily, the Communist Party mouthpiece, learned on March 1 that in the digital economy era, “computing power is just like water conservation in the agricultural era or electricity in the industrial era.” It has become the new “foundation for development of the national economy.” It is also the “new focus of global competition.” All of this means that this is a contest that Beijing does not think it can lose.

To help Chinese citizens understand all the fuss about this new network, Gu Tian’an, director of the Big Data Innovation Lab at the State Council’s Development Research Center, penned an article earlier this month in a People’s Republic of China’s Ministry of Industry and Information Technology-supervised media outlet to lay out the goals of the Eastern Data Western Computing project in layman’s terms. Importantly, his main points repeat what has now become the Communist Party’s central narrative on why the launch of Eastern Data Western Computing is critical to China’s future:

First, Eastern Data Western Computing provides top-level design for China’s Computing Power Network. Eastern Data Western Computing will eliminate redundancies and inefficiencies in the overall national computing power layout. In particular, the plan improves the “imbalance in data center supply and demand” by transferring data from China’s more developed eastern region where most data resides to its less developed but energy-rich western region where it will be processed.

Second, China is positioned to construct the world’s leading ultra-large-scale market for data. With China’s immense set of data resources, Eastern Data Western Computing will help drive the “marketized” allocation of data elements and better reveal the value of data as a productive resource. The goal is not just simply a national market for data, it is the “world’s leading” ultra-large-scale data market (一体化超大规模数据要素市场) with national and global reach.

Third, global competition will be increasingly focused on data. As the most important factor of production in the digital age, data is comprehensively reconstructing global production, distribution, and consumption and is “becoming the high ground in the competition between major countries (成为大国间竞相争夺的制高点).”

Eastern Data Western Computing is just the latest announcement in China’s accelerating drive for Digital China “to win the future.” China’s digital strategy, two decades in evolution, is now so enmeshed in the Communist Party system that Marxist economic theory has been revised to account for China’s digital drive. This same digital strategy rides on the belief that China’s future international competitiveness is dependent on winning the global competition over data as a strategic resource, or to use the Party’s revised theoretical language, as the new, most important “factor of production” in a digital economy.

Beijing’s project will not be easy or quick. Chinese experts are the first to point out that their country’s current systems for managing data often smack of “chaos and disorder,” lacking not just all the necessary infrastructure but also all the necessary laws, rules, and regulations to effectively govern and control data. Beijing’s intent is also still up for question. In officially supervised media outlets (not “authoritative” and less than “official”), speculation runs the gamut from China’s Nationally Integrated System of Big Data Centers acting as a server farm for entire regions of the world, to China’s advanced work on data, and sizable dominance in data resources, leading to a new China-dominated global system of data governance and control.

At the authoritative level, although the competitive driver of Beijing’s data policies is undeniable, one gets the sense that the end state is still unclear, as thinking is still evolving. The overwhelming concern is that China should not find itself in a global digital economy whose governance system is dominated by others, even if that requires that China dominate it itself. China’s current “in-advance” policy of digital infrastructure construction (build the infrastructure first and the other key digital economy resources will follow) characterizes this thinking in concrete terms. The early, positive response by some Chinese academics to the European Union’s new consideration and passage of data laws also highlights both potential openness to external solutions, particularly ones that include checks on U.S. tech giants.

The way forward internationally on data governance, particularly with China’s infrastructure-intensive focus on taking the lead, is wrought with complexity. There are no easy solutions. What is essential though is all eyes on one country, China, that is already fully in the fight and ready to do whatever it takes to dominate it if necessary. Let’s not miss Beijing’s next big step and better understand our own.

David Dorman is a retired U.S. government China specialist. He has served as a professor at the Asia Pacific Center for Security Studies, director of the China Strategic Focus Group at U.S. Indo-Pacific Command, executive director of the Congressional-Executive Commission on China, senior professional staff member on the Senate Foreign Relations Committee, foreign-policy advisor to U.S. Senator Chuck Hagel, and as a China program manager at the National Security Agency. He holds a Ph.D. in Government and Politics from the University of Maryland at College Park.