How Metaverse Will Revolutionize the Battlefield 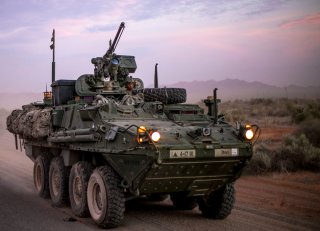 Metaverse is not just technology for the giants of Silicon Valley. Artificial intelligence and virtual and augmented reality can also be used in military training, which is well known to the U.S. Army. Pilots in the country are turning to augmented reality glasses like the Microsoft HoloLens for training in combat, aerial refueling, formations, and maneuvers.

Metaverse is a “Common digital world that combines physical, augmented and virtual realities.” It is a virtual-reality environment in which users may interact with a computer-generated environment and other users. As we know, the Metaverse might be the next generation of the internet, a one-stop shop where you can play games, purchase digital goods, go to school, read the news, and meet new people.

It will most likely require significant computing power to avoid crashes. Current solutions rely on a massive number of servers or big human teams at a considerable cost. Metaverse depends on cutting-edge design in virtual reality, augmented reality, and extended reality. The gaming skills acquired may be transferred to military capacity.

Metaverse’s defense implications include multiple uses. It can bring together the many layers of a simulation, such as topography, satellite networks, IoT devices, and human behavior. It can modify the scene at scale without instantaneously requiring direct contact. It can solve logistical and practical challenges associated with large-scale training situations. It can be widely disseminated and synchronizes training, highlighting weather, terrain, and people’s mobility.

Militaries can now train their personnel against their enemies in Metaverse in virtual battles in something similar to a multiplayer video game.

Virtual and augmented reality have become frequent components of military training in the United States. Project BlueShark, a technology that allows sailors to operate ships and collaborate in a virtual environment, was created in 2014 by the Office of Naval Research and the USC Institute for Creative Technologies. Another effort, Project Avenger, is used to train pilots for the U.S. Navy. The U.S. Air Force is utilizing virtual reality to train pilots to fly planes and complete missions. Boeing has also created A.R. technology that allows mechanics to practice repairing planes before stepping aboard real aircraft. Virtual reality also treats veterans for chronic pain and post-traumatic stress.

Here are some actual examples. The U.S. Air Force, in December 2021, held a virtual gathering with approximately 250 participants from nations ranging from the United States to Japan. A company, Improbable, has created virtual battlefields where 10,000 British troops could practice simultaneously. The company also cooperates with the U.S. Department of Defense.

Metaverse has great defense potential, partly because military training is costly for states, and V.R. technologies can solve the financial problem. The product does not have to be hyper-realistic, reducing the cost of military training, whether flying an aircraft or a drone.

However, the efficiency of emerging military systems is heavily reliant on Artificial Intelligence (A.I.). Red6’s augmented reality technology was utilized to put a human fighter pilot against an AI-controlled aircraft commissioned by the Defense Advanced Research Projects Agency (DARPA) under the Air Combat Management Project in October 2020. The robot pilot ultimately honed his abilities to the point that he could always defeat a human opponent.

The Large Scale Exercise 2021 brought together the U.S. Navy and U.S. Marine Corps’ new operating concepts. It included 25,000 participants across seventeen time zones—some at the tactical level on twenty-five ships at sea or the pier, some at the headquarters level in Navy maritime operations centers or Marine Corps combat operations centers ashore, and some in the middle at task groups and strike groups scattered around the world.

Regarding the drills, Vice Adm. Jim Kilby, the deputy commander of U.S. Fleet Forces Command, told reporters that training events would use Learjets outfitted with pods that would make them seem like incoming missiles earlier in his career on a ship’s radar. A full day’s worth of training may be destroyed if a shipboard operator did not reply appropriately, if the pod malfunctioned, or if the aircraft needed to refuel. Multiply that by the twenty-five ships participating in LSE 21 internationally, and it’s challenging to fathom doing an exercise of this magnitude in a live-only mode.

China and India have joined the list of countries researching the Metaverse’s possibilities. According to Josh Bowman, a U.S. Air Force expert who examines all of the Asian nation’s aviation and space operations, the Metaverse might be an alternate battleground in the future.