How Pakistan Brought Cyberwar to Kashmir 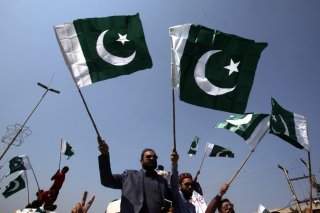 Last but not least, cyber operations also target the Indian Armed Forces. Several incidents of honey-trapping and blackmailing targeted at serving and retired members of the Indian Armed Forces have come into the limelight. In July 2019, after identifying 100 personnel who were suspected of being compromised, the Indian Army banned its members from joining Facebook and Twitter. Though most of the attempts fail, minor successes in a few cases have helped Pakistan get crucial information on military and strategic matters. Also, Pakistan intends to incite Sikh soldiers against India through cyber-psychological operations and planting false information. For example, in December 2018, a letter that looked like a formal Military Intelligence document was circulated on WhatsApp and Facebook by Gurupatmwant Singh Pannun of Pakistan-backed Sikhs For Justice (SFJ), a Sikh separatist organization. The letter mentioned that the Indian Army was monitoring the activities of its Sikh soldiers and their family members to prevent the penetration of Khalistan or Sikh separatist elements. Later, the letter was found to be fake and allegedly a case of cyber subversion by Pakistan. Such a letter becomes highly sensitive given the resurgence of Sikh separatism in India over the last seven-eight years.

In the future, terrorist organizations and their Pakistan-based handlers are likely to improvize and intensify their use of cyber operations. Impressive technological innovations are already making inroads after the U.S. withdrawal from Afghanistan. In recent encounters, Jammu and Kashmir police have seized MP4 guns with state-of-the-art night vision devices equipped with wifi. They can take live pictures and recordings of the encounters and send them to Pakistan. Over the last few years, Pakistan has mainly used advanced drones with high-tech, artificial intelligence-enabled systems to drop weapons. Due to enhanced surveillance mechanisms on the Line of Control, Pakistan is likely to intensify the use of drones not only in quantity and quality. Also, drones will be employed for a diverse range of uses such as infiltration, and terrorist attacks on police stations and convoys. Apart from this, terrorist groups can also explore the potential of the cyber domain for raising terror finds. This has become more likely since 2016 when Indian counterterrorism agencies cracked down hard on terror funding channels and sources. Most recently, India banned its citizens from traveling to Pakistan for educational purposes as many of them were found to have terror links. Lastly, it can be reasonably argued that in the future, China and Pakistan will collaborate in anti-India cyber operations.