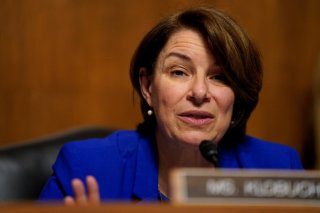 Last week, the Department of Justice (DOJ) sent a letter to the Senate Judiciary Committee expressing its support for legislation that would ban large tech platforms (primarily Amazon, Apple, Google, and Meta) from a range of “discriminatory” behaviors such as self-preferencing their own products. The letter argues that the American Innovation and Choice Online Act (AICOA) is necessary to preserve U.S. global competitiveness and prevent Big Tech from using its market power to threaten “the economic liberty that undergirds our democracy.” But in the bipartisan rush to punish Big Tech, neither the DOJ nor policymakers seem to have considered how antitrust reform efforts would harm America’s global tech leadership when it is needed more than ever.

To be fair, there are legitimate reasons behind some of the growing ire against Big Tech; from privacy scandals to anxiety about their opaque governance. Unfortunately, the fervor to extract a pound of flesh from Big Tech for its perceived misdeeds has led many to abandon their traditional deference to liberal institutions—such as markets and the courts—to address harms. Instead, many policymakers have bought into a package of radical proposals, including AICOA, that aims to punish specific companies in a particularly un-American way.

Some forms of self-preferencing, which AICOA purports to address, can be harmful to consumers and innovation. When Microsoft preferenced its own web browser, Internet Explorer, on the Windows operating system in the late 1990s, the courts ruled in part that it had violated the Sherman Antitrust Act by employing anti-competitive means to maintain a monopoly. More recently, companies like Yelp, Epic Games, and Wikipedia have made their own complaints about the discriminatory behaviors of Big Tech platforms. But just because self-preferencing can be anti-competitive does not mean it is harmful to consumers or markets, or that all forms of self-preferencing are, or ought to be, illegal. In many cases, it’s just a normal part of how tech firms operate.

Taking too hard a line against any discriminatory conduct will preclude a large number of potential business models, limiting the scope of innovation. AICOA’s advocates seem to take for granted that self-preferencing by large platforms always harms both competition and consumers.

After the passage of AICOA through the Judiciary Committee, bill sponsor Sen. Chuck Grassley (R-IA) said: “Everyone acknowledges the problems posed by dominant online platforms. Our legislation sets out to level the playing field for small businesses and entrepreneurs who need to operate on these platforms, as well as benefit the consumers that use them.” But as Bruce Hoffman, former director of the Federal Trade Commission’s Bureau of Competition, pointed out, self-preferencing can benefit consumers and increase competitiveness. More importantly, current antitrust law already provides remedies for anti-competitive self-preferencing and many other “discriminatory” behaviors that hurt markets and consumers.

Strengthening competition and promoting the interests of consumers are admirable goals. Unfortunately, AICOA attempts to achieve this goal through punitive, one-size-fits-all regulations that contradict established antitrust doctrine with little regard for the consequences. Furthermore, using the power of the federal government in this way—to punish a few politically-motivated targets—is inconsistent with the foundations of liberal democracy.

In its letter to the Judiciary Committee, the DOJ argued that AICOA “would improve upon the system of ex ante enforcement through which the United States maintains competitive markets.” But AICOA has very little to do with ex ante enforcement. Rather, it contorts federal antitrust law to punish a select group of companies ex post for practices that may or may not be anti-competitive. Such punitive and backward-facing regulation runs entirely counter to the rule of law and the principles of a free market.

What’s more, advocates have failed to consider how AICOA and other antitrust reform efforts would impact the global competitiveness of U.S. firms in a time of increasing competition from Chinese firms. In what Graham Allison of the Harvard Kennedy School termed “The Great Tech Rivalry,” China has “[rapidly risen]  to challenge U.S. dominance of technology’s commanding heights.” Amidst this rise, the Chinese Communist Party (CCP) has increasingly used online platforms as a way to advance their national interests. Most recently, Chinese platforms have been used to disseminate anti-Western propaganda surrounding the war in Ukraine.

While large American tech platforms have a mixed track record—including, in some instances, enabling the CCP’s digital authoritarianism—they remain an important instrument of soft power to advance liberal values. Such was the case during the Arab Spring and now during the Russian invasion of Ukraine. Hobbling some of America’s most innovative tech firms with overzealous and punitive regulations could severely hamper our global competitiveness which, in turn, would benefit authoritarian regimes like the CCP. The United States should be encouraging the U.S.-based tech industry to become more innovative and globally competitive rather than hindering them with purely domestic considerations.

Unfortunately, legislation like AICOA would steer American competitiveness in tech in the wrong direction; buying into the assumptions of a more protectionist European model (which is itself premised on preferencing its own tech sector against the United States). Shifting our approach to tech regulation towards a more muscular regulatory state and politically motivated, ex post facto punishment would be devastating for our global competitiveness in the same way that it devastated Europe’s.

Antitrust hawks like the DOJ argue that the status quo is a threat to “our democracy.” But it’s improbable that punishing the self-preferencing behaviors of large firms will do anything to protect U.S. democracy. And on the global stage, undermining America’s tech dominance will only make room for illiberal competitors from China in a time of global democratic decline.

Instead of punishing a few large firms, lawmakers would better serve American innovation in the long run by pursuing sensible enforcement of existing antitrust law. Our current legal framework has managed many cycles of “Big Tech” firms, from Ma-Bell to IBM to Microsoft. Rather than replacing it, Congress should focus on incremental reforms to make the system work.