IKEA Is Bringing EV Charging Stations to Stores Near You 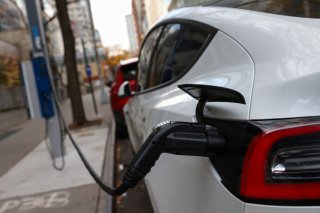 It is part of IKEA’s effort to reach what it calls “zero-emission home deliveries” by 2025.

“At IKEA, we believe that we must work together with our partners to tackle climate change and create solutions for a greener future. This collaboration with Electrify America will not only bring ultra-fast public chargers to our stores for the first time but it will also help us take a big leap as we work towards our targets to become circular and climate positive,” Javier Quiñones, CEO & chief sustainability officer at IKEA U.S. said. “We look forward to continuing to innovate around new ways we can make our everyday lives more sustainable.”

The partnership will involve 200 individual ultra-fast chargers at the locations, which will be in Arizona, California, Connecticut, Florida, Illinois, Kansas, Maryland, Massachusetts, Michigan, Minnesota, New York, Pennsylvania, Ohio, Oregon, Texas, Utah, Virginia, and Washington. They will roll out between late this year and early next.

The delivery fleet will use Electrify Commercial.

“We are excited to establish both public and commercial fleet charging stations with IKEA – a brand that shares our goal of a more sustainable future,” Giovanni Palazzo, president and CEO of Electrify America, said in the announcement. “Through this collaboration, Electrify America, Electrify Commercial, and IKEA U.S. are leading a path forward for customers and businesses toward zero-emission transportation.”

IKEA had previously announced goals for sustainability. The company plans, by 2030, to “inspire and enable more than 1 billion people to live a better everyday life within the boundaries of the planet, become circular and climate positive, and regenerate resources while growing the IKEA business, and create a positive social impact for everyone across the IKEA value chain.”

“Of these funds, $4.75 billion will be distributed by formula to states, and an additional $2.5 billion will be distributed through a competitive grant program that will support innovative approaches and ensure that charger deployment meets Administration priorities such as supporting rural charging, improving local air quality and increasing EV charging access in disadvantaged communities,” the Department of Transportation said last year.

“Together, this is the largest-ever U.S. investment in EV charging and will be a transformative down payment on the transition to a zero-emission future.”