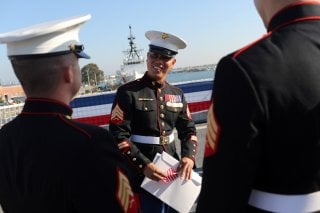 Tension across the Pacific is heightening as China’s grand strategy seeks to reorder the world to its interests. China’s fiery economic growth has rapidly cooled in recent years, but rather than curtail its plan, Beijing has doubled down, releasing short-term military modernization priorities for 2027. U.S.-China cooperation is now at the lowest point since relations were normalized, and Washington is increasingly concerned that a revisionist China may act brashly to grab what it still can in the near term, especially regarding Taiwan. If the United States seeks to engage a country with over four times the population in long-term competition, it is imperative that it approach the challenge by leveraging all available advantages, particularly soft power.

To successfully compete with China, the United States should seek to capitalize on the substantial benefits derived from increased immigration. The best and brightest of the world want to go to school, start businesses, and pay taxes in the United States of America. Instead of welcoming these individuals, restrictive policies have led America to mirror China’s demographic slump. In the past three years, the United States has issued visas to fewer than 3 percent of the over 20 million annual visa applicants, and even denies citizenship to veterans who served with the promise of citizenship. Population growth has depressed to the lowest level in recent history due to declining birth rates, increasing death rates, and persistent Trumpian immigration policy.

In addition to fostering economic growth, immigration can be advantageous to the military balance. When facing the Soviet threat during the Cold War, a devastated postwar Western Europe greatly increased immigration to rebuild its human capital. To maintain a strong military, the United States needs to continue to recruit individuals to serve in the military despite growing competition with the private sector for those who are highly skilled. Expanded immigration would reverse atrophying military recruitment numbers, secure supply chains, and supercharge advanced fields of engineering, manufacturing, aerospace, and computer science necessary to maintain the U.S. lead in key technologies. Finally, with a larger economy comes more tax revenue with which a larger federal budget could be supported. This would allow more funds to be allocated toward high-tech emerging threats even if the military budget does not increase as a percentage of overall spending. Increased immigration would also benefit the United States diplomatically by reducing tensions with America’s neighbors. Further, expediting visas of talented individuals from Russia and China could serve a key economic purpose and hit U.S. competitors harder than other economic sanctions.

Passage of the CHIPS and Science Act was a step in the right direction for key technology development, but a lack of public funding is not currently the bottleneck of the U.S. economy—in fact, private investment in the United States is at record highs. Rather, growth appears to be most acutely hampered by a human capital deficiency. August’s unemployment rate was 3.7 percent, far below the 4.4 percent natural rate of unemployment economists recommend for sustainable growth. These high investments would most effectively increase production and returns by hiring workers, but the economy is simply running out of domestic workers.

Immigration reform legislation is notoriously difficult to pass—trapped in a perpetual state of consideration, always discussed but never accomplished. It has now been thirty-five years since the last comprehensive immigration reform, and while politicians promised progress for decades, all have failed to deliver. However, there is now a good reason to believe a breakthrough could be on the horizon.

Conversation about the substantial benefits of immigration reform for great power competition is already starting to make a mark on policy. Notably, dozens of prominent national security officials recently submitted a letter to the Bipartisan Innovation Act Conference Committee attesting that bottle-necks in the U.S. immigration system are undermining the defense industrial base and allowing China to surpass our STEM talent pipeline. “More than half of AI [artificial intelligence] PhDs who leave the country after graduating say they did so because of immigration issues,” the letter states. An early version of the CHIPS Act included provisions to expand high-skilled immigration, however, these were cut as the bill advanced. Despite these legislative disappointments, there are policy options that can be implemented by the executive to achieve immigration goals within extant policy. Broad immigration reform legislation will maximize U.S. economic and military strength, putting the United States in the best position to dissuade China from a militarized gambit against the international order.

Ike Barrash has an M.A. in Political Science from Iowa State University, interned with the Defense Strategy & Planning Program at the Stimson Center and the Bureau of East Asian and Pacific Affairs in the Department of State, and is an active researcher on China and great power competition.