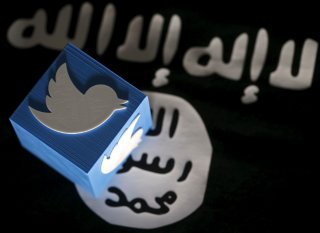 For the better part of the past decade, supporters of terrorist groups have been in a protracted struggle with social media giants to retain access to online platforms. From the perspective of online violent extremists, this arena is a multi-front battle, with supporters of violent extremism combining new tactics for staying on major social media sites with experimentation on new digital communications technologies.

However, as online extremists struggle to maintain a presence online, recent evidence shows that they also view innovation as a matter of looking to the past. Interestingly, current trends indicate many extremist groups have reverted to using platforms and methods that would be more typical of their ideological predecessors in the early and mid-2000s. A recent report from Tech Against Terrorism, a research outlet supported by the UN Counter-Terrorism Executive Directorate, found that a diverse array of violent extremists, from al-Qaeda and ISIS supporters to white supremacists and conspiracy theorists, have side-stepped regulation on social media by returning to self-operated websites, blogs, and forums. While this repurposing of retrograde digital communications technologies might give some observers a sense of deja vu, it nonetheless has major implications for online counter-extremism policy.

Operating and managing static websites, forums, and blogs is by no means a new extremist tactic, but its current use has different implications than it did when violent extremist movements first became early adopters of the World Wide Web at the turn of the twenty-first century. In 1995, Alabama Klansman Don Black created the infamous Stormfront forum, which gathered U.S.-based and international white supremacist groups onto one online platform and provided a fertile ground for propaganda efforts, communication, and recruitment. Six years later, when al-Qaeda released its twenty-year strategic plan for the future of the Salafi-jihadist movement, it highlighted “electronic jihad” as a core strategic doctrine for the early 2000s and beyond. Jihadist ideologue Anwar al-Awlaki would later expound on this strategy, promoting his conception of a “WWW jihad” in which jihadist-operated websites would constitute a major dimension of al-Qaeda’s outreach efforts to the West.

In the early 2010s, terrorist groups were early movers on the mass communications technologies that proliferated during the advent of the social media age. The meteoric rise of social media platforms, video services, and one-to-one encrypted instant messengers enabled massive campaigns by extremist groups to exploit the new affordances of these platforms and reach previously untapped global audiences. Social media platforms with billions of users were the lifeline connecting extremists to global audiences. File-sharing provided stable hosting for multimedia propaganda and enabled new dimensions in technical sophistication. Encrypted messengers provided communications security for operational planning. While extremists still communicated on the static websites, forums, and blogs of the early 2000s, their place in the online ecosystem was supplanted by Web 2.0 technologies.

But extremists’ successes on social media quickly drew the attention of policymakers and tech companies alike, prompting a multibillion-dollar response to online extremist content. Major social media and file-sharing companies developed joint ventures with government counterterrorism agencies, invested in staff and technologies to improve content removal, and used artificial intelligence to automatically detect and remove violent extremist propaganda. In turn, supporters of violent extremist groups launched a push-pull struggle to remain online. They developed mechanisms to avoid terms of service enforcement by using coded language, creating contingency plans, and experimenting with new technologies managed by companies without the wherewithal or interest to sufficiently respond. So far, the jihadist and white supremacist movements have a mixed record of success in exploiting emerging platforms. Smaller platforms are implementing their own extensive procedures for removing terrorist content and beginning to collaborate with major companies in forums like the Global Internet Forum to Counter Terrorism.

In this landscape, it is understandable why groups like ISIS, the Taliban, Hezbollah, Atomwaffen Division, and the Order of Nine Angles are increasingly managing their internet presence “in-house” rather than relying on third-party service providers. Returning to the strategy of extremist-created websites allows supporters of these groups to dictate their own terms of service and prevents companies from banning their content. By hosting propaganda on their own websites, terrorist groups have a relatively stable platform to share multimedia without the limits of public social media sites. Managing websites is an easy task for most extremists; there is a host of institutional knowledge within many extremist groups on the topic. Moreover, with the eyes of the global online counter-extremism infrastructure focused firmly on social media, providers of open-source website creation and hosting applications may be less attuned to extremist exploitation of their services.

Terrorist groups have created and operated their own websites since the advent of the World Wide Web. But their current approach has major implications for future efforts to counter extremist exploitation of digital communications technology. History has shown that in the face of material asymmetry, violent non-state actors are as likely to find “new uses for old weapons” as they are to experiment with novel technologies. The reemergence of terrorist groups utilizing static websites, forums, and blogs for a purpose that didn’t exist during their heyday—spreading propaganda on social media—reminds us that the newest technologies used by terrorist groups are only part of the picture. While extremists are strategic innovators and early adopters of new technologies, they are also adept at reconfiguring their tried-and-true methods and tools in response to the online landscape.

In addition to the strategic challenge of addressing innovation through adaptations of older technologies, addressing the creation and operation of extremist websites will require online counter-extremism authorities in both government and the private sector to make several tactical changes. The aforementioned Tech Against Terrorism report found that “most government-led initiatives on countering terrorist use of the internet [are] still largely concentrated on mainstream social media platforms,” with a broader focus on preventing migration to alternative social media platforms. Including the companies that provide the backbone of website infrastructure in intra-industry events will be essential. This can provide these services with resources to help them develop their own terms of service and integrate them within a larger network of companies to coordinate a collective response. In some instances, law enforcement operations, such as the Justice Department’s seizure of websites operated by Kata’ib Hizballah, can help deny domain space.

However, the more important policy lesson from the revival of static websites is that our adversaries often innovate in complex ways. Attention toward the efforts of violent extremists to use newer technological affordances must be coupled with evaluations of how extremists can move forward by going backward. Groups like al-Qaeda and several white supremacist organizations cemented their online legacies without using advanced technologies. For these groups, putting old wine in new bottles is not merely a matter of traditionalist nostalgia, but a way of strategically using technologies that they are proficient in to achieve an asymmetric advantage in the ongoing content removal wars.

Bennett Clifford is Senior Research Fellow at the Program on Extremism at George Washington University.