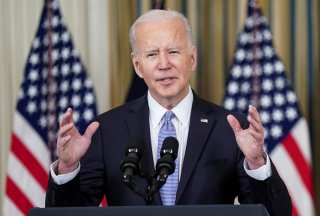 First, do not throw away technological competition. This paradox cannot be solved by removing one of its legs. The United States and its allies must confront the authoritarian uses of technology and the importance of dominating this arena. But they must be aware that each of them will be indirectly encouraging a domestic threat to the same values they are prioritizing in their competition with China.

Second, free individual choice still matters. It is the first step taken in taming this latest juncture in relations between people and the world. Despite our admiration for Galileo’s and Newton’s genius in retrospect, their choices to accept the bizarre nature of reality enabled their genius to thrive. Such choices are painful and counterintuitive but they will need to be made about the technological great power paradox in the years ahead. We should recognize now that they should not be easy nor painless, or coerced.

Third, be aware that the extremes of techno-optimism and techno-pessimism are harmful to liberal values. Faith that AI or biotechnology, for example, will so radically transform our lives as to make our present choices negligible means that most have little to do except wait. Faith that these technologies will physically or spiritually destroy us, by their natures, means we are so weak and fragile in the face of our own creations that our choices may as well mean nothing.

The Biden administration does not view everything technology-related as defined by America’s competition with China. The White House Office of Science and Technology Policy AI Bill of Rights, for example—whatever its flaws—has no reservations about taking a fine-grained regulatory approach to sectors including health, labor, and education.

But as emerging technologies are delinked from the rest of the United States’ economic relationship with China, and we continue to deepen a “technological Cold War,” it is necessary—alongside regulatory efforts—to begin a new conversation on the relationship between rights and responsibilities in technology-leading democratic societies like the United States. At repeated points, individuals in these societies will decide whether they value their roles in these new technological arrangements. It will hurt less to have this conversation sooner rather than later.

Vincent J. Carchidi is an Editorial Intern at the National Interest. He holds an M.A. in political science from Villanova University and he specializes in the intersection of technology and international affairs. His work has also appeared in War on the Rocks, AI & Society, and the Human Rights Review. You can follow him on LinkedIn and Twitter.