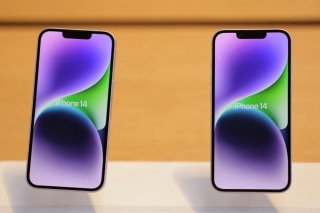 “Inventory adjustments and geopolitical issues adversely impacted the smartphone market in the third quarter of this year. Meanwhile, unfavorable economic conditions continued to weaken consumers’ demand on smartphones and other non-essential products,” the firm said.

“We estimate Samsung shipped 64 million smartphones and topped the global smartphone market with a healthy 22% share in Q3 2022. It slightly outperformed the total market and declined -7% YoY by shipment volumes,” Strategy Analytics said.

“Demand tilted towards low-cost A and M series, while the newly launched Z Fold 4 and Z Flip 4 help the company strengthen the leadership in the foldable segment. Apple shipped 49 million iPhones worldwide, up +6% YoY, for 16% global market share in Q3 2022. This is the highest third quarter market share for Apple over the past twelve years, at the expense of leading Chinese brands who are hampered by the sluggish performance in both home and overseas markets. Apple had a good quarter, led by the newly launched iPhone 14 Pro and Pro Max, while the demand for iPhone 14 remained mixed.”

Xiaomi posted 40.5 million shipments for third place and 13.6 percent of the market while Oppo and Vivo were fourth and fifth. The “other” category—consisting of such brands as Transsion, Honor, Realme, Lenovo-Motorola, and Huawei—had 20.5 percent of the market. Eight of the top brands, except for Apple and Samsung, are Chinese companies. Apple was the only brand in the top five that posted a year-over-year gain in shipments, per Strategy Analytics, which also forecasted more contractions for that market.

“We forecast global smartphone shipments to decline -9% to -10% YoY in full-year 2022. Geopolitical issues, economic downturns, energy shortages, and price hike, exchange rate volatility, and Covid disruption will continue to weaken consumer demand during the last quarter of 2022,” the firm said. “All these headwinds would continue through the first half of next year, before the situation eases in the second half of 2023. Samsung and Apple would continue to outperform and remain top two places. Chinese brands need to stabilize their performance in China market and explore new growth engines to terminate the falling track.”