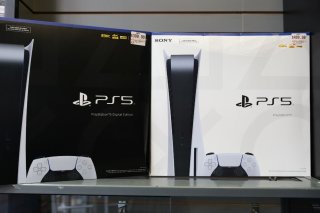 The PlayStation 5 has been hard to find since Sony released the console in late 2020. Now, Sony has announced that it is raising the price of the PS5 in some markets, although not in the United States.

In a blog post Thursday, Sony attributed the decision to “the global economic environment, including high inflation rates.”

“The global economic environment is a challenge that many of you around the world are no doubt experiencing,” the company said. “We’re seeing high global inflation rates, as well as adverse currency trends, impacting consumers and creating pressure on many industries. Based on these challenging economic conditions, SIE has made the difficult decision to increase the recommended retail price (RRP) of PlayStation 5 in select markets across Europe, Middle East, and Africa (EMEA), Asia-Pacific (APAC), Latin America (LATAM), as well as Canada. There will be no price increase in the United States.”

Most of the increases are about 10 percent.

The company also vowed to fix the supply issues that have plagued it since the launch.

“While this price increase is a necessity given the current global economic environment and its impact on SIE’s business, our top priority continues to be improving the PS5 supply situation so that as many players as possible can experience everything that PS5 offers and what’s still to come,” Sony said.

Per Protocol, the price increase, for this reason, is “unprecedented.” The report also said that Sony has sold about 21 million PS5 units, which is lower than the PS4 had sold in a similar amount of time. The PS5 has higher sales than the Xbox Series X and Series S devices of its generation, although the Xbox has been selling better in recent months.

The announcement comes just days after Sony announced a “restock event,” with new PS5s in stock.

Also, this week, Sony announced the arrival of the DualSense Edge wireless controller for the PS5.

“The opportunity to create the DualSense Edge wireless controller was a dream come true for our team. We wanted to build on the legacy of iconic PlayStation controllers by creating a controller that empowers players to experiment and personalize elements based on their own unique playstyle – whether they are a competitive gamer or someone who just enjoys having more options to customize their play,” Daisuke Kurihara, Sony’s Art Director, said in the release.

“The DualSense Edge wireless controller also features a number of thoughtful design touches that we hope players will enjoy, including a distinct DualSense controller-inspired black-and-white color scheme and a unique PlayStation Shapes pattern on the touch pad and trigger surfaces.”