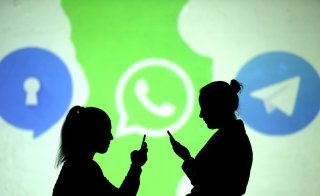 On May 14, the foreign ministers of the G7 issued a statement condemning the Russian invasion of Ukraine and reiterating the importance of internet freedom. The statement read, in part, that the G7 nations would remain committed to promoting “the exercise of freedom of opinion and expression and access to reliable information from free, pluralistic and independent media, notably on the war and its consequences for the world.”

In contrast, Russian president Vladimir Putin recently signed a law prohibiting the publishing or broadcasting of “false information” about the invasion, a move to further crack down on independent media in Russia.

For the United States, this latest threat to free expression highlights the importance of the nation’s longstanding, bipartisan goal to advance global internet freedom. In 2022, members of Congress have an opportunity to fund needed investments in freedom-advancing technologies by strengthening the Open Technology Fund (OTF).

The Open Technology Fund receives limited funding compared to other federal government programs. In March 2022, Congress passed an Omnibus appropriations bill that appropriated $27 million for OTF for FY2022. The State Department reports that OTF’s budget was just $20 million in FY2021. Between 2012 and 2020, the Open Technology Fund received approximately $90 million in government funding in total.

This makes the OTF one of the least-resourced but most successful freedom-promotion programs funded by the United States government. OTF-incubated technologies are currently used in services and applications serving over 2 billion people. These include technologies used to circumvent surveillance and digital authoritarianism in China, Cuba, Iran, Russia, and many other locales.

A prominent example of an OTF-supported technology is Signal, a secure messaging and communications application that is widely used to protect communications against digital surveillance. Since 2012, OTF provided $3 million to Open Whisper Systems (OWS). This funding supported the development of an encryption protocol that enabled Signal-based platforms to provide secure communications for free to people around the world.

Signal’s downloads show that users are increasingly using it to counter digital authoritarianism. Signal was widely used in Hong Kong when China implemented the national security law. This year, Signal’s usage dramatically increased in Ukraine during the ongoing Russian invasion.

OTF also funded TOR’s Onion Services, which helps Internet users circumvent surveillance and censorship, including a project to support the development of an open source, secure browser for iOS. In March, the BBC issued guidance to its audience in Ukraine and Russia to use TOR to circumvent Russian censorship. OTF has provided more than $3 million to support TOR projects over the past decade.

But the Open Technology Fund could have had a much greater impact had it received more funding over the past decade. The organization reports receiving more than 3,500 requests for support totaling $450 million since 2012. This means that OTF has only been able to fund about one-quarter of its funding requests to promote freedom-enhancing technology.

The war in Ukraine and the growing threat of digital authoritarianism around the world have underscored the importance of American efforts to promote global internet freedom. Congress should provide additional funding to the U.S. Agency for Global Media and the Open Technology Fund to support the development of more freedom-advancing technologies.

Dan Lips is head of policy and Deepesh Chaudhari is a senior fellow at Lincoln Network. They are the authors of a new report: The Open Technology Fund: Strengthening U.S. Capacity to Counter Digital Authoritarianism.