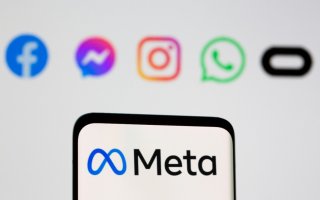 Most tech companies seem to agree that the metaverse is the future, although they don’t appear to have an agreement on what it will look like or how it will work.

The metaverse is generally defined as some type of shared virtual environment where people can interact with others. Though in its general infancy now, the metaverse is seen as having a wide variety of applications, from business to gaming to even dating. It was the main topic of the tech conference at South by Southwest this spring.

Now, there’s word that a group has been formed, the Metaverse Standards Forum, to foster some industry agreement on the meaning and function of the metaverse. The group is open to all organizations at no cost.

The forum, the organization said in a press release, “brings together leading standards organizations and companies for industry-wide cooperation on interoperability standards needed to build the open metaverse. The forum will explore where the lack of interoperability is holding back metaverse deployment and how the work of Standards Developing Organizations (SDOs) defining and evolving needed standards may be coordinated and accelerated.”

The organization added that the “Forum will focus on pragmatic, action-based projects such as implementation prototyping, hackathons, plugfests, and open-source tooling to accelerate the testing and adoption of metaverse standards, while also developing consistent terminology and deployment guidelines.”

Among the more than thirty-five founding members of the group is Meta—the company formerly known as Facebook, before it pivoted to focusing on the metaverse—as well as Microsoft, Sony Interactive Entertainment, Adobe, Alibaba,  Nvidia, Epic Games, Huawei, IKEA, Qualcomm, and the World Wide Web Consortium. The group is seeking to add more members.

Apple is not part of the organization at launch, as pointed out by Gizmodo. Apple is believed to be working on a headset that will resemble existing metaverse products, although Bloomberg reported earlier this year that Apple is unlikely to use the word “metaverse.”

Reuters, which also noted Apple’s absence, reported that crypto-related companies are welcome to join up with the Metaverse Standards Forum.

Several of the companies involved in the Metaverse Standards Forum commented in the release on what they see in the effort.

“Building a metaverse for everyone will require an industry-wide focus on common standards,” Vishal Shah, vice president of Metaverse at Meta, said in the release. “The Metaverse Standards Forum can drive the collaboration that’s needed to make this possible, and Meta is committed to this work. Creators, developers and companies will all benefit from the technologies and experiences that will be made possible by common protocols.”

The first meetings of the forum are expected to take place in July, the organizers said in their release.