Is TikTok Spying on Americans? Senators Call for Investigation 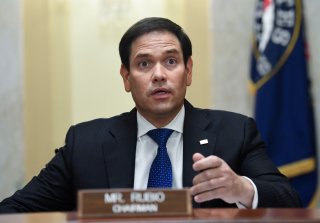 Late last month, one of the Republican Federal Communications Commission (FCC) commissioners wrote a letter to the CEOs of Apple and Alphabet, calling on them to remove TikTok from their app stores.

Brendan Carr, the commissioner, stated that “TikTok is not just another video app. That’s the sheep’s clothing… It harvests swaths of sensitive data that new reports show are being accessed in Beijing. I’ve called on @Apple &  @Google to remove TikTok from their app stores for its pattern of surreptitious data practices.” Observers pointed out that the FCC, much less a single commissioner, does not have the power to remove apps from the App Store and cannot pressure them to do so beyond writing a letter.

However, now the leaders of the Senate Intelligence Committee have issued a letter calling for a new investigation of the popular app. The authors of the rare joint letter, chairman Mark R. Warner (D-VA) and vice-chairman Marco Rubio (R-FL), urged the Federal Trade Commission (FTC) to “formally investigate TikTok and its parent company, ByteDance.”

“We write in response to public reports that individuals in the People’s Republic of China (PRC) have been accessing data on U.S. users, in contravention of several public representations, including sworn testimony in October 2021,” Warner and Rubio wrote to FTC chair Lina Khan. “In light of this new report, we ask that your agency immediately initiate a Section 5 investigation on the basis of apparent deception by TikTok, and coordinate this work with any national security or counterintelligence investigation that may be initiated by the U.S. Department of Justice.”

Both the FCC and Intelligence Committee letters directly cited a recent investigation by Buzzfeed News which found that China-based employees of TikTok’s parent company had been regularly able to access private user data. Buzzfeed’s report was based on more than eighty internal TikTok meetings, the records of which the outlet obtained.

“TikTok’s Trust and Safety department was aware of these improper access practices and governance irregularities, which – according to internal recordings of TikTok deliberations – offered PRC-based employees unfettered access to user information, including birthdates, phone numbers, and device identification information,” the senators wrote. “Recent updates to TikTok’s privacy policy, which indicate that TikTok may be collecting biometric data such as faceprints and voiceprints (i.e. individually-identifiable image and audio data, respectively), heighten the concern that data of U.S. users may be vulnerable to extrajudicial access by security services controlled by the CCP.”

In 2020, President Trump threatened to ban TikTok from operating in the United States and even brokered a deal for Oracle to purchase its U.S. operations, but the deal was never completed.