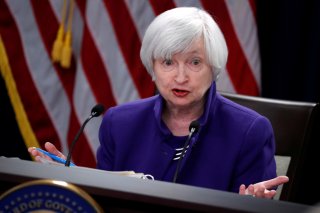 Elon Musk has already closed his deal to purchase Twitter and has been in control of the company since last week. However, a new report says the government is looking into whether it might be able to “review” the purchase.

According to a Washington Post story on Tuesday, the Treasury Department is “looking into whether they have the legal authority to start an investigation into the purchase because of Musk’s ties to foreign governments and investors.” That’s because under the terms of the deal, “large foreign investors would have access to confidential information about Twitter’s finances—and potentially its users.”

The Post added that such considerations are “fairly routine.” A Saudi prince and Qatar’s sovereign wealth fund are among those who have invested in the new structure of the company. Musk, through Tesla and other companies, also has ties to China.

“CFIUS is committed to taking all necessary actions within its authority to safeguard U.S. national security,” a Treasury spokesperson told the Post. “Consistent with law and practice, CFIUS does not publicly comment on transactions that it may or may not be reviewing.”

One FCC commissioner, Brendan Carr, this week called on CFIUS to push forward a ban on TikTok.

Meanwhile, per CNBC, Musk said this week that Twitter would not be reinstating accounts that were banned in the past, at least not right away. That includes former President Donald Trump, who was permanently banned from Twitter after the January 6 insurrection and shortly before he left office. Musk’s statement appears to make it impossible that Trump’s account could return before the midterm elections.

Musk said in a tweet that he had talked to “civil society leaders,” including Jonathan Greenblatt and Yael Eisenstadt of the Anti-Defamation League and Derrick Johnson of the NAACP, about “how Twitter will continue to combat hate & harassment & enforce its election integrity policies.”

“Twitter will not allow anyone who was de-platformed for violating Twitter rules back on platform until we have a clear process for doing so, which will take at least a few more weeks.”

Musk added that Twitter will establish a “content moderation council” with different views, “which will certainly include the civil rights community and groups who face hate-fueled violence.”

The replies and quote-tweets to what Musk said about moderation were full of incredulous conservatives. The phrase “Meet the new boss. Same as the old boss,” was used more than once.