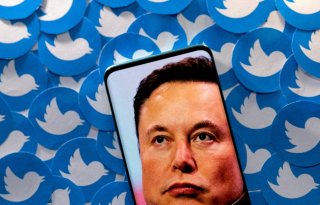 Just days after he became the new owner of Twitter, Elon Musk announced what sounded like a major change and overhauling how verification works. For most of Twitter’s history, a blue checkmark has meant that Twitter has verified that the person is who they say they are. This has applied to celebrities, journalists, brands, politicians, world leaders, and other notable people and companies.

The change, Twitter now says, will make “Twitter Blue” a $7.99-per-month subscription product, providing users with the blue checkmark, as well as other benefits such as coming up higher in search results and replies, while also seeing fewer ads. This would be an expansion of the existing Twitter Blue product.

There had been some concern raised that the change could lead to a misinformation crisis with no way for Twitter users to tell if the person providing the information is who they say they are. However, the New York Times reported over the weekend that the changes will be delayed until after the midterm elections. The Times cited sources from the company, as well as an internal post that they saw.

The new features shipped last week, but the company has not removed the verification checkmarks from those who had them previously.

“We’ve made the decision to move the launch of this release to Nov. 9, after the election,” a manager working on the product told the Times.

This came after Musk announced on Friday that the company was laying off about half of its staff, with over 3,000 people losing their jobs. Shortly thereafter, multiple media reports stated that Twitter would rehire some of the people it had let go.

At the same time, in reaction to a spate of verified Twitter users who had changed their names to “Elon Musk” or some other variation of his name, Musk announced that the platform would no longer allow users to impersonate others without specifying that it was a parody.

“Going forward, any Twitter handles engaging in impersonation without clearly specifying ‘parody’ will be permanently suspended,” Musk said on Twitter on Sunday. “Previously, we issued a warning before the suspension, but now that we are rolling out widespread verification, there will be no warning,” he added. “This will be clearly identified as a condition for signing up to Twitter Blue.”

Many users mocked this tweet since Musk had vowed to return “free speech” to Twitter, and also that he declared shortly after buying the company that “comedy is now legal on Twitter.”

Impersonation was an issue years before Musk bought the company. In 2018, some Twitter users noticed that their accounts were being locked if they changed their username to any variation of Musk’s name. This included an account called “Italian Elon Musk,” which combined references to Musk’s companies and public persona with an exaggerated Italian accent.

Last week, Mike Masnick of Techdirt, who has written extensively on the difficulties associated with content moderation, wrote about the many different possible scenarios for Musk, which is similar to those faced by previous networks that tie their platform to free speech ideals.

“It’s kind of a rite of passage for any new social media network,” he wrote. “They show up, insist that they’re the ‘platform for free speech’ without quite understanding what that actually means, and then they quickly discover a whole bunch of fairly fundamental ideas, institute a bunch of rapid (often sloppy) changes… and in the end, they basically all end up in the same general vicinity, with just a few small differences on the margin. Look, I went through it myself. In the early days I insisted that sites shouldn’t do any moderation at all, including my own. But I learned. As did Parler, Gettr, Truth Social and lots of others.”

This includes everything from pressure from local officials to foreign governments to uprisings from the network’s own user base.

“And because I do hope that Musk succeeds and Twitter remains viable, I wanted to see if we might help him (and anyone else) speed run the basics of the content moderation learning curve that most newbies run into. The order of the levels and the seriousness of each can change over time, and how it all fits together may be somewhat different, but, in the end, basically every major social media platform ends up in this same place eventually (the place Twitter was already at when Musk insisted he needed to tear things down and start again).”