Twitter Gears Up for High-Stakes Court Battle With Elon Musk 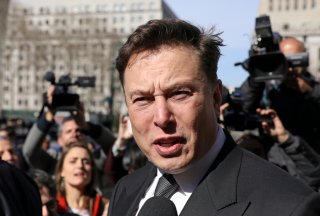 Last Friday night, Elon Musk formally announced that he intends to get out of his deal, agreed to in April, to acquire Twitter. Musk, following months of similar complaints, cited the number of fake accounts on the social network as well as what he called Twitter’s unwillingness to provide him with requested information.

“Mr. Musk’s and the other Musk Parties’ purported termination is invalid and wrongful, and it constitutes a repudiation of their obligations under the Agreement. Contrary to the assertions in your letter, Twitter has breached none of its obligations under the Agreement, and Twitter has not suffered and is not likely to suffer a Company Material Adverse Effect,” the SEC filing said. “The purported termination is invalid for the independent reason that Mr. Musk and the other Musk Parties have knowingly, intentionally, willfully, and materially breached the Agreement.”

Per CNBC, Twitter’s shares dropped 11 percent Monday to $32.65, on the first day of trading since Musk announced his planned exit from the deal on Friday. That’s far below the $54.20 price agreed to between Twitter and Musk in April.

The next phase seems to be a unique court battle.

In his Money Stuff newsletter Monday, Matthew Levine of Bloomberg News looked at the possible endgames for the dispute.

“If this dispute ends up in court, there are three things that the court can do:

Most likely, Levine wrote, if the fight goes to court, a judge will choose either the second or third option, although it’s also possible that the parties could agree to a settlement for somewhere between the $1 billion and $44 billion figure—a settlement that may or may not result in Musk actually buying Twitter.